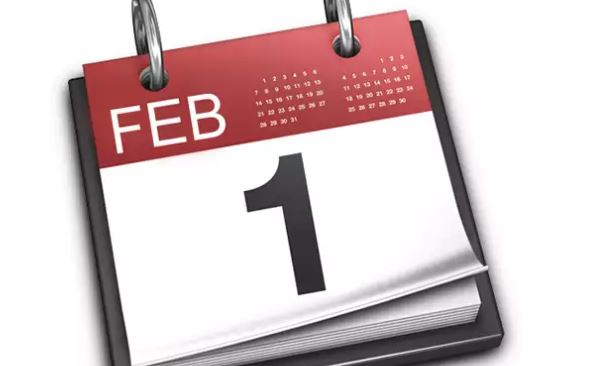 House Speaker Nancy Pelosi has declared there'll be no "wall money" in any compromise border security deal as she and President Donald Trump signaled congressional negotiators may never satisfy his demands.

The Trump administration is poised to announce it is withdrawing from a treaty that has been a centerpiece of superpower arms control since the Cold War.

3. WHICH OF TRUMP'S CLOSE ASSOCIATES IS HEADED BACK TO COURT

Donald Trump confidant Roger Stone is due back in court in the special counsel's Russia investigation as prosecutors say they have recovered "voluminous and complex" potential evidence in the case.

Venezuelan opposition leader, Juan Guaido, warned officers from a feared state security unit to stay away from his family after he accused them of showing up at his apartment.

Just days after the arctic conditions, forecasts say, the Midwest will seemingly swing into another season, with temperatures climbing by as much as 80 degrees.

6. AP WAS THERE: KHOMEINI RETURNS TO IRAN

On this day, exiled Shiite leader, Ayatollah Ruhollah Khomeini, returned to Iran in 1979, ahead of the Islamic Revolution.

7. TRUMP NOW SAYS HE AND HIS INTEL CHIEFS AGREE

A day after he lashed out at U.S. intelligence agency chiefs over their assessments of global threats, President Donald Trump abruptly reversed course and said he and the intelligence community "are all on the same page."

The funeral procession of a woman sexually enslaved by Japanese soldiers as a girl during WWII concluded where Kim Bok-dong had protested for decades against what she called Japanese failure to come to terms with its wartime brutality.

A Cuban government push to legalize gay marriage has set off an unprecedented reaction from the island's rapidly growing evangelical churches.

10. NEARLY HALF OF U.S. ADULTS HAVE HEART OR BLOOD VESSEL DISEASE

A new report estimates nearly half of all U.S. adults have some form of heart or blood vessel disease, a medical milestone mostly due to recent guidelines that expanded how many people have high blood pressure.