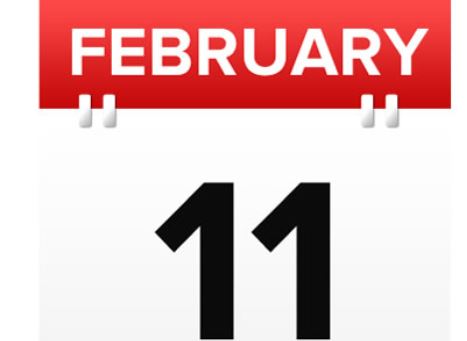 In his first rally since November's midterm elections, the president is aiming to deliver on his elusive signature pledge to American voters.

3. UNDERCOVER SPY EXPOSED IN NYC WAS 1 OF MANY

The AP identifies six people who have been approached by undercover operatives in an apparent bid to record them making inflammatory statements about an Israeli company that makes smartphone hacking spyware.

Hundreds of thousands of people pour out onto the streets marking the date 40 years ago that is considered victory day in the Islamic Revolution.

An increasing number of states are saying the chemicals found on many fabrics, rugs and carpets, cooking pots and pans, outdoor gear and personal hygiene items have seeped into water supplies.

Lori Alhadeff called out Trump in a gut wrenching speech on live TV, won a seat on the local school board in South Florida and started a foundation to make schools safer.

Denver teachers are planning to strike for the first time in 25 years after failed negotiations with the school district over base pay.

9. WHO SHINED AT GRAMMYS

Kacey Musgraves' "Golden Hour" wins top album and Childish Gambino makes history when "This Is America" became the first rap-based track to win record and song of the year.

Cincinnati will play games in 15 sets of throwback uniforms during a season-long celebration of the 1869 Red Stockings who pioneered professional baseball.