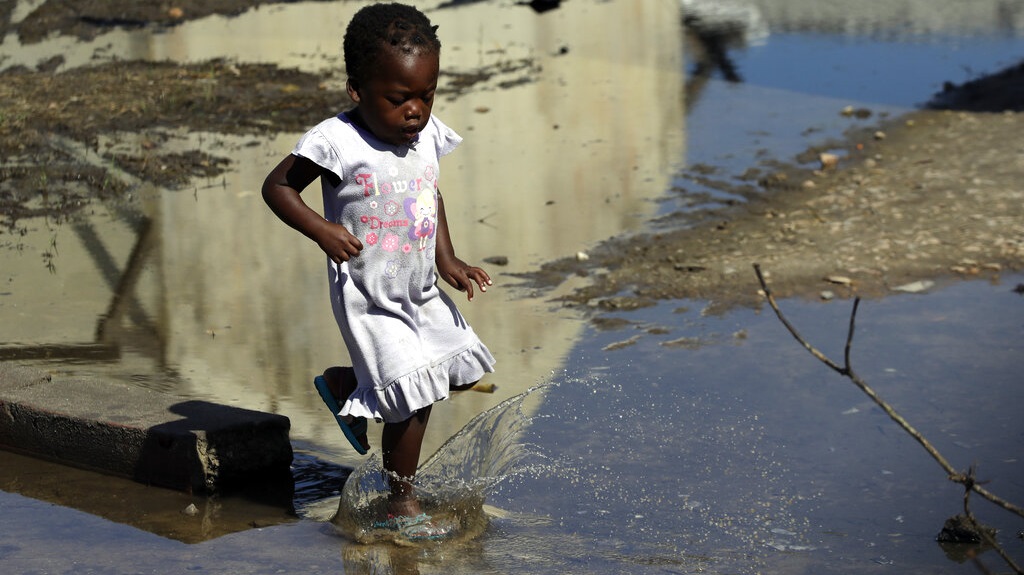 The first cases of cholera have been confirmed in the cyclone-ravaged city of Beira, Mozambican authorities announced on Wednesday, raising the stakes in an already desperate fight to help hundreds of thousands of people sheltering in increasingly squalid conditions.

The five cholera cases were confirmed in Munhava, one of the poorest neighbourhoods in the hard-hit port city, the national director of medical assistance, Ussene Isse, told reporters. The city of some 500,000 people is still struggling to provide clean water and sanitation after Cyclone Idai roared in on March 14.

Cholera is a major concern for cyclone survivors now living in crowded camps, schools, churches and any land exposed by the still-draining flood waters. The disease is spread by contaminated food and water, causes acute diarrhoea and can kill within hours if not treated with oral rehydration solution or intravenous fluids in severe cases.

The World Health Organization has warned of a "second disaster" if waterborne diseases like cholera spread in the devastated region. On Tuesday it said 900,000 oral cholera vaccines were expected to arrive later this week.

The cyclone has killed more than 460 people in Mozambique and left 1.8 million people in need of urgent help. President Filipe Nyusi last week estimated that 1,000 people had been killed. The toll could be higher as floodwaters drain away and reveal more bodies, some emergency responders have said. The actual number of dead may never be known.

Health workers were opening clinics across Beira, the centre of relief operations for the region.

Some people in the city have resorted to drinking stagnant water by the side of the road, increasing the chances of diarrhoea, the medical charity Doctors Without Borders said. Other people are drinking from contaminated wells.

The aid group said it has seen hundreds of cases of acute watery diarrhoea in the past few days.

"The scale of extreme damage will likely lead to a dramatic increase of waterborne diseases, skin infections, respiratory tract infections and malaria in the coming days and weeks," said Gert Verdonck, the group's emergency coordinator in Beira.

Hurried efforts continued to restore running water to Beira. The United Nations children's agency said parts of the city's water supply system were working again, with "water running in 60 percent of the pipes." The government also was operating water trucks.

Relief operations continued to explore ways to deliver aid to the city that remains largely reachable only by air and sea. More challenging was reaching rural communities, some of them still without contact with the outside world.

More humanitarian actors arrived as the United Nations urges the international community to fund a $282 million emergency appeal for the next three months.

The U.N. refugee agency announced that its first aid flight had landed in the capital, Maputo, with plans to immediately transport the tents, mosquito nets and other items to Beira.

Two other flights are planned for Zimbabwe and Malawi this week.

The death toll in Mozambique is now at least 468, with 259 dead in Zimbabwe and at least 56 dead in Malawi.

Watch: UN calls for aid for victims of Mozambique cyclone

Cyclone Idai deaths could exceed 1,000 as need for aid grows