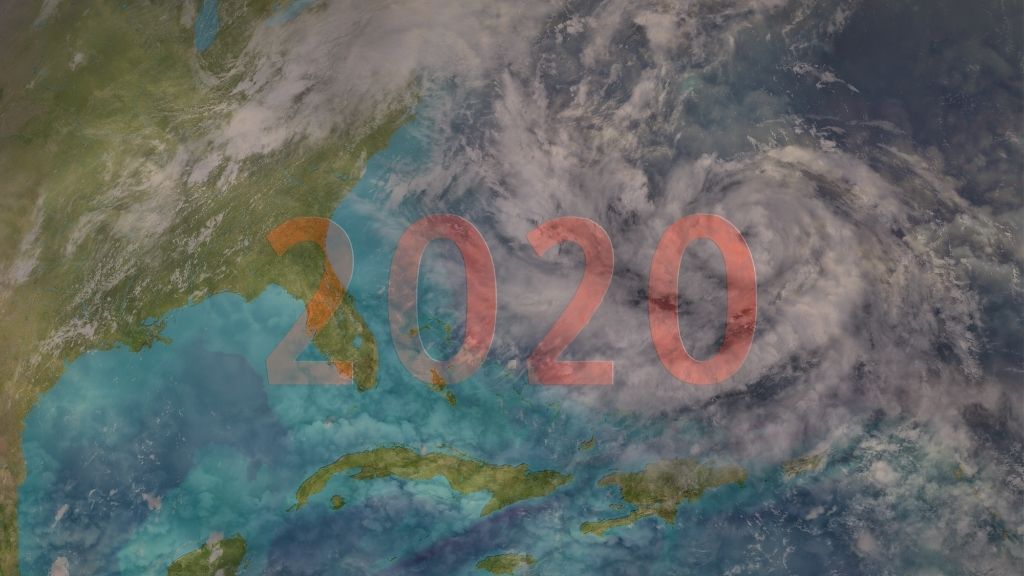 Tropical Storm Sally is the record 18th named tropical storm in a historically active Atlantic hurricane season. According to Philip Klotzbach, Research Scientist in the Department of Atmospheric Science at Colorado State University, "Sally is the 5th Atlantic named storm formation this month, along with Nana, Omar, Paulette and Rene. This ties 2020 with 1988 and 2018 for most Atlantic named storm formations in first 12 days of September on record."

Tropical Storm Sally, the earliest 18th named storm on record, formed near the tip of South Florida and forecasters say that it will strengthen to become a Category 1 hurricane over warm Gulf waters ahead of possible landfall on Tuesday along the Gulf Coast, possibly along southeast Louisiana or coastal Mississippi.

Until the early 1950s, tropical storms and hurricanes were tracked by year and the order in which they occurred during that year.

Over time, it was found that easy to remember names were more effective for communications, especially in cases where two or more tropical storms occured at the same time.

According to the NOAA, "For Atlantic hurricanes, there is a list of male and female names which are used on a six-year rotation. The only time that there is a change is if a storm is so deadly or costly that the future use of its name on a different storm would be inappropriate. In the event that more than twenty-one named tropical cyclones occur in a season, any additional storms will take names from the Greek alphabet."

This year, the naming alphabet is about to run out of letters. If more than 21 named tropical cyclones occur this season, those additional storms will take names from the Greek alphabet. From the looks of things, this is highly likely to happen.