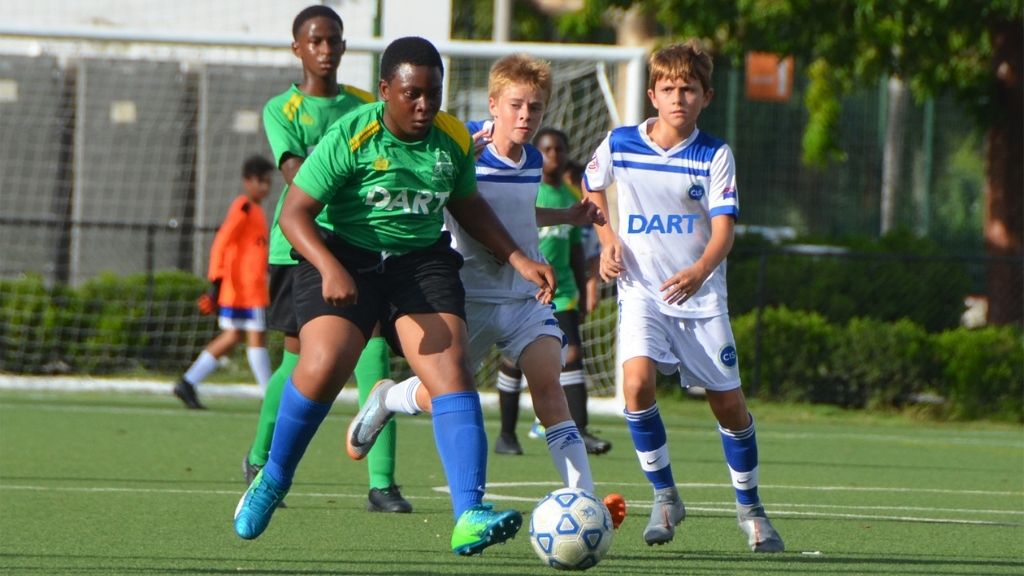 The Dart Under 13 girls and boys high school football leagues kicked off its fourth season during the week of October 5 as a few schools were able to play between the heavy downpours that affected the Cayman Islands that week.

Defending Dart Under 13 girls’ champions Cayman Prep is yet to play their first game as they seek to retain the Dart Cup that they won convincingly in 2019 outscoring their opponents 14 to 1 on the way to an undefeated season.

In the Dart Under 13 boys’ league, CIS currently lead the standings after two games with convincing victories over CHHS (6-1) and Cayman Academy (6-0). 2019 defending champions Cayman Prep 1 opened their season with a 6-0 win over their fellow classmates Cayman Prep 2 and St. Ignatius Catholic, who finished third in 2019, opened their account with a 6-0 victory over Cayman Prep 2.

The Dart Under 13 high school football leagues continue during the week of October 25 following the mid-term break.

Scores recorded so far include: 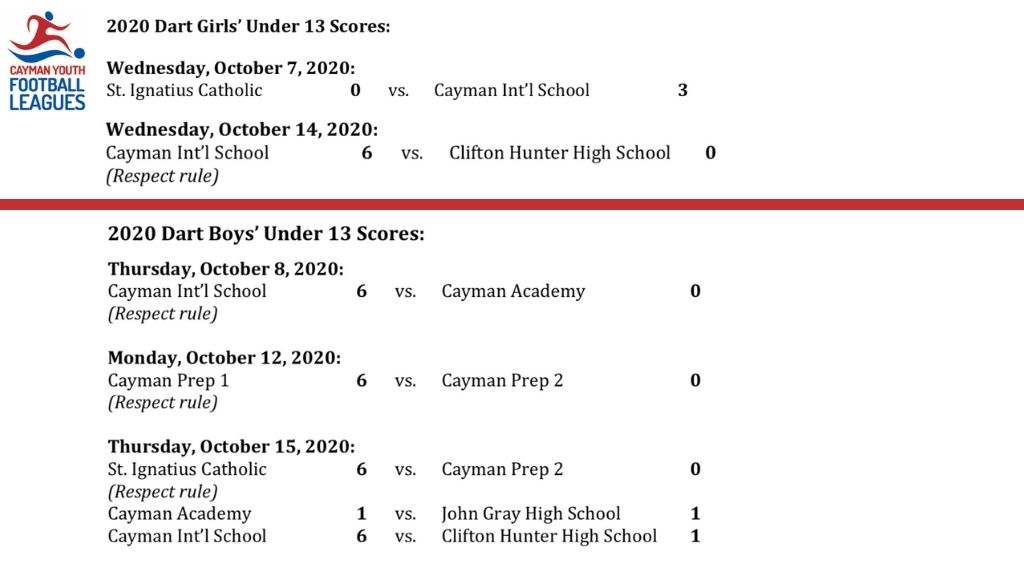