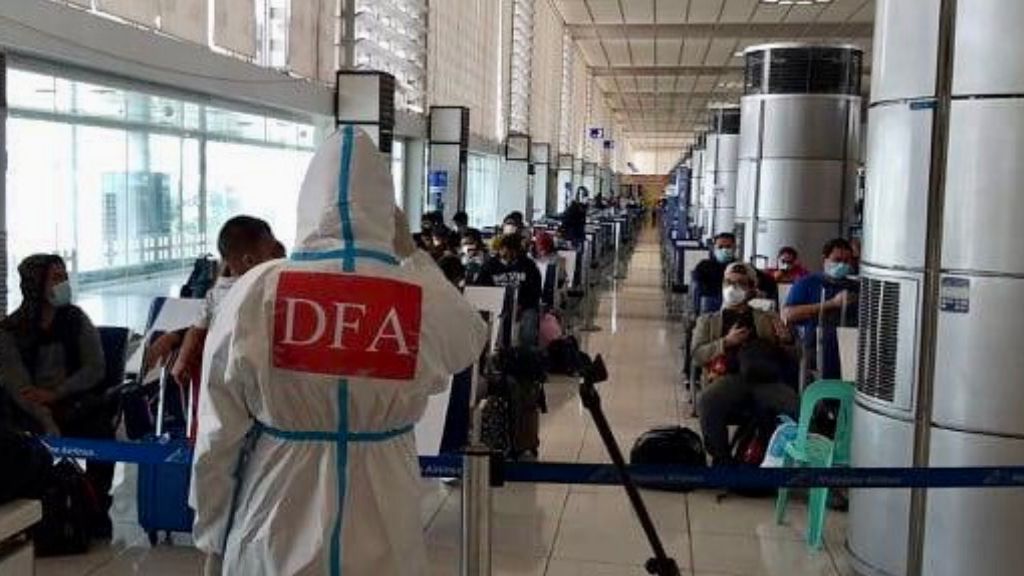 The Department of Foreign Affairs of the Philippines has announced that 295 overseas Filipino workers (OFWs) and their family members from the Cayman Islands and London were repatriated to Manila on Monday. The group included 287 repatriates from Grand Cayman and eight Filipinos from London. The Cayman repatriates departed from Owen Roberts Airport on Saturday.

Some of the Cayman Islands repatriates received financial support to return home from an anonymous donor. According to Governor Martyn Roper, "We were very fortunate that on this occasion we were able to fund travel for some of the neediest. Some passengers who were registered with the Needs Assessment Unit (NAU) and/or those with cancelled or expired work permits had their tickets funded via two very generous anonymous donations. Without those donations, some of those passengers wouldn’t have been able to travel so I do want to send particular thanks to the donors."

Upon arrival at the Ninoy Aquino International Airport, the repatriates were briefed on current safety protocols prescribed by the Inter-Agency Task Force on Emerging and Infectious Diseases as well as RT-PCR COVID-19 testing and are temporarily being housed at quarantine facilities until they receive the results of their RT-PCR test.

2617 Filipinos living abroad have been infected with the novel coronavirus, of whom, at least 1,400 are receiving treatment, 889 recovered and 328 died.

"I am extremely pleased with Saturday’s airbridge flight to the Philippines," said Governor Martyn Roper. My thanks also to the Philippine authorities, airport staff, NEOC staff, the UK Embassy in Manila and my outstanding team who led and ensured this flight happened."