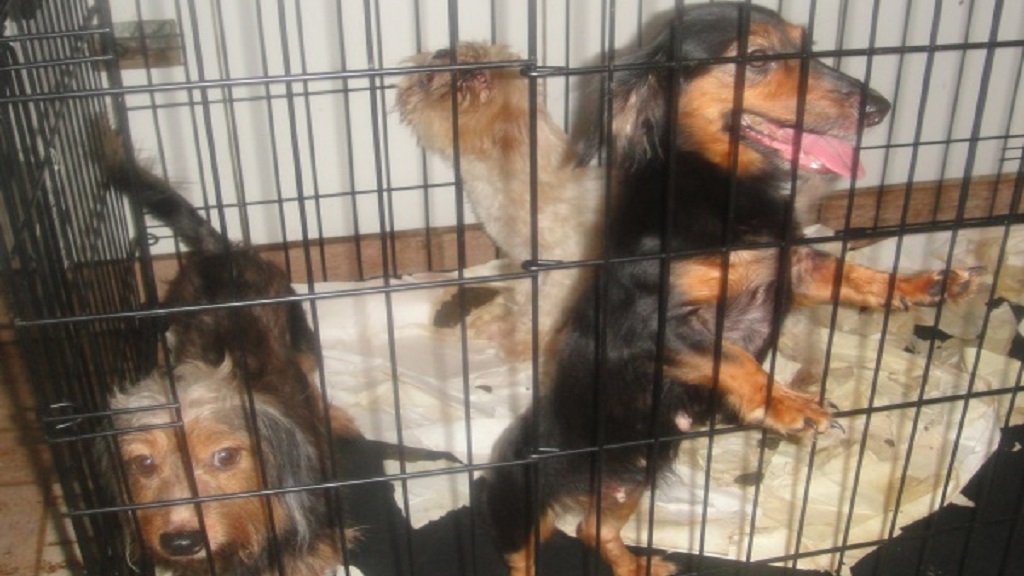 The largest ever seizure of dogs from one home was executed Monday when officers seized 53 pooches from a residence in the Prospect Area of George Town.

The animals were crammed into crates and cages, confined in one room in unsanitary conditions and with limited ventilation - and one was in such poor condition that it had to be put down.

The small dogs, comprising purebred and mixes that included Shih Tzu, Yorkshire Terriers, Maltese, Dachshund and Pekingese, were found to be in generally poor condition, with matted hair, and most suffering from hair loss suggesting mange. 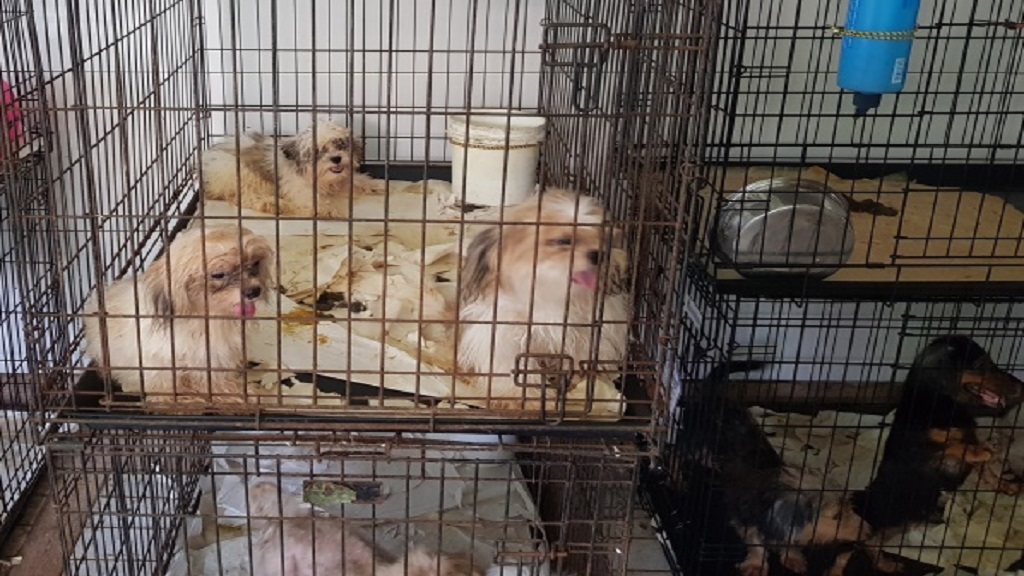 All the dogs appeared to have ticks and fleas, and most presented with significant to serious dental issues and various eye problems. All 53 were seized and removed from the location.

All of the dogs were immediately assessed and triaged by a Department of Agriculture veterinary officer, and the two most severe cases were sent urgently to a local vet.

One was in such poor condition that it had to be put down.

The seizure was carried out by RCIPS officers acting on information provided by the DOA's Animal Welfare Unit.

“This seizure is the largest we have ever had of dogs taken from one residence,” said Brian Crichlow, Assistant Director of the Department of Agriculture.

"The health of the animals and conditions in which they were kept are disturbing. They do not appear to have been given appropriate preventative health care and as a result, the prognosis of the some of the animals is poor, despite the continuous veterinary care they have been receiving since Monday.”

The owner of the dogs, a 54-year-old women from the Prospect area, has been warned for intended prosecution. The rest of the seized dogs remain under the care and control of the DoA, where they continue to be assessed and receive veterinary care and treatment.

“This scale of this seizure illustrates just how necessary a multi-agency approach is to addressing the most serious animal control and welfare issues, and while many of these crimes are summary offences, they still pose threats to the overall health of a community,” said Kurt Walton, Deputy Commissioner of Police.

“The DOA is an important partner and we will continue to work closely to address such animal welfare and cruelty cases and take necessary enforcement action.”

Police issue warning about uncovered cisterns after dogs rescued in We