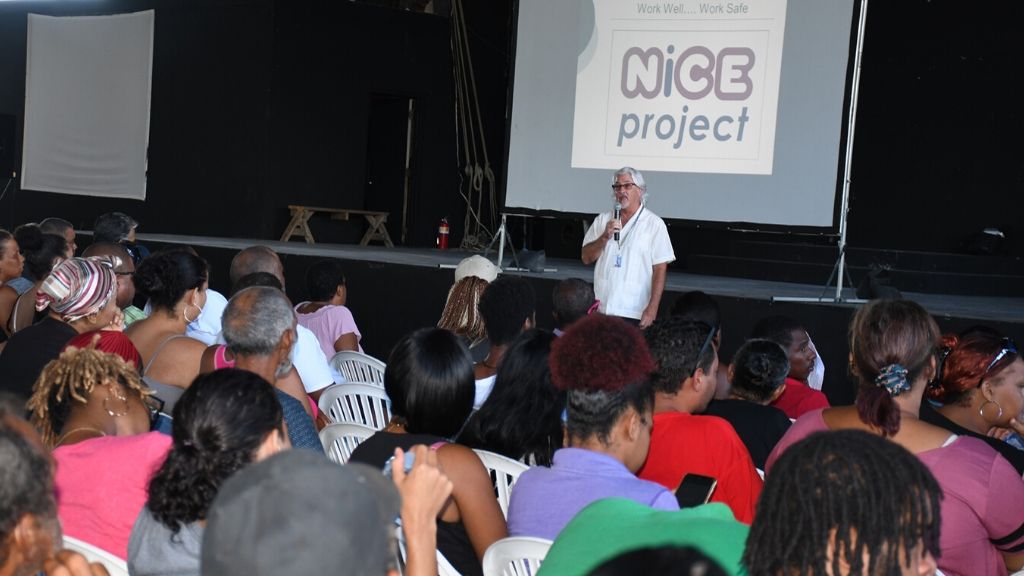 Attendees signing up to register onto the National Community Enhancement’s (NiCE) winter initiative were told about two new work allocations for the weeks ahead.

As well as assisting in dengue prevention measures, some operatives will help with preparations for next February’s Agricultural Show.

Around 600 unemployed Caymanians and jobless spouses of Caymanians registered for work on National Community Enhancement (NiCE) at the Lions Centre on Wednesday, November 13.

Though exact figures are not known yet, the initiative is offering up to three weeks of paid employment from Monday, November 25 to Friday, December 13.

Coordinated again by the Ministry of Commerce, Planning and Infrastructure (CPI), registration included a mandatory orientation session for first-time and returning participants.

CPI Minister, Hon. Joey Hew thanked returnees for clearing sargassum during the summer programme. He said that their efforts had been widely recognised, which had in turn brought other types of work to the winter initiative from government agencies.

The Minister commended the Mosquito Research and Control Unit (MRCU) and the Department of Agriculture (DoA) for now partnering with NiCE. He cited both of the new work allocations as examples of ways in which the project can again answer urgent seasonal needs.

MRCU’s Director, Dr Jim McNelly, addressed registrants, outlining the types of work operatives will be doing by supporting efforts to halt the spread of dengue fever.

As well as work in the field like eliminating manmade standing water features (bird baths, buckets, clogged gutters, boats and other receptacles), the group assigned to the Unit will undertake routine tasks. Dr McNelly anticipates that once trained, the Unit’s NiCE cohort can in turn tell others about MRCU’s public health work.

She concluded by thanking the Royal Bank of Canada for waiving its usual cheque cashing fees for NiCE workers who do not have accounts with them.