ABC to air 'Black Panther' as tribute to Chadwick Boseman 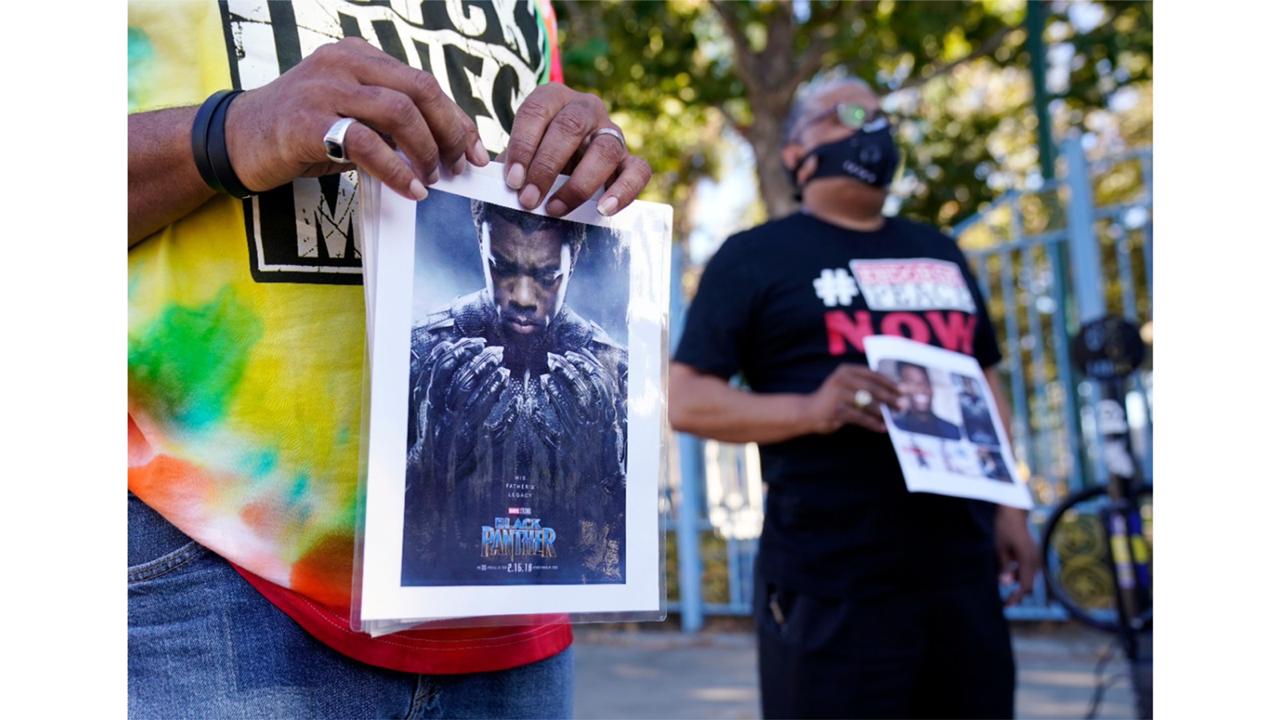 A portrait of the late actor Chadwick Boseman as the character T'Challa in the 2018 film "Black Panther" is held by a participant in a news conference celebrating his life, Saturday, Aug. 29. 2020, in Los Angeles. Boseman died Friday at 43 after a four-year fight with colon cancer. (AP Photo/Chris Pizzello)

The film will be followed by an ABC News Special, “Chadwick Boseman: A Tribute for a King." Disney said the special “will celebrate Boseman’s storied life, legacy and career" and "shine a light on the medical condition he privately battled.”

Boseman died Friday after a four-year battle with colon cancer. He was 43.

Walt Disney Co., which owns ABC, released “Black Panther” as well as the other three Marvel movies Boseman appeared in. The film will be broadcast at 8 p.m. EDT, with the special following at 10:20 p.m. EDT.

Sunday’s airing will make the film widely watchable at the same time in several regions and could a collective place to celebrate and grieve Boseman.

He is the latest major Black figure to die in 2020, which has already seen the loss of civil rights legend John Lewis and retired NBA star, Kobe Bryant.

The Obamas, Johansson, Beyonce react to death of Chadwick Boseman