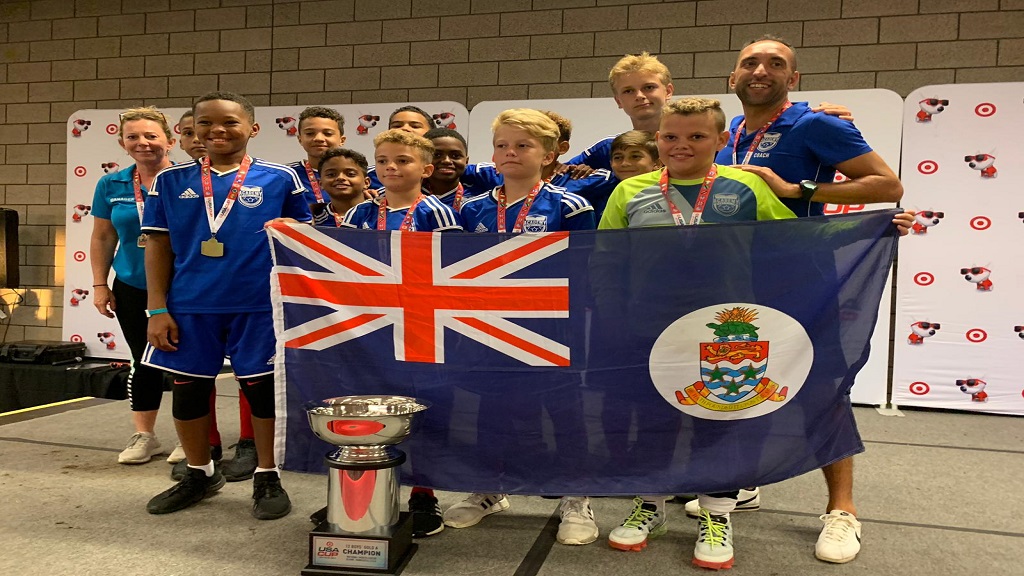 Academy Sports Club has excelled once again at the USA Cup, bringing back two Championship trophies and posting a number of other great performances.

The Club took a historic seven teams to the competition this year, made up of two girl's squads and five boy's teams. 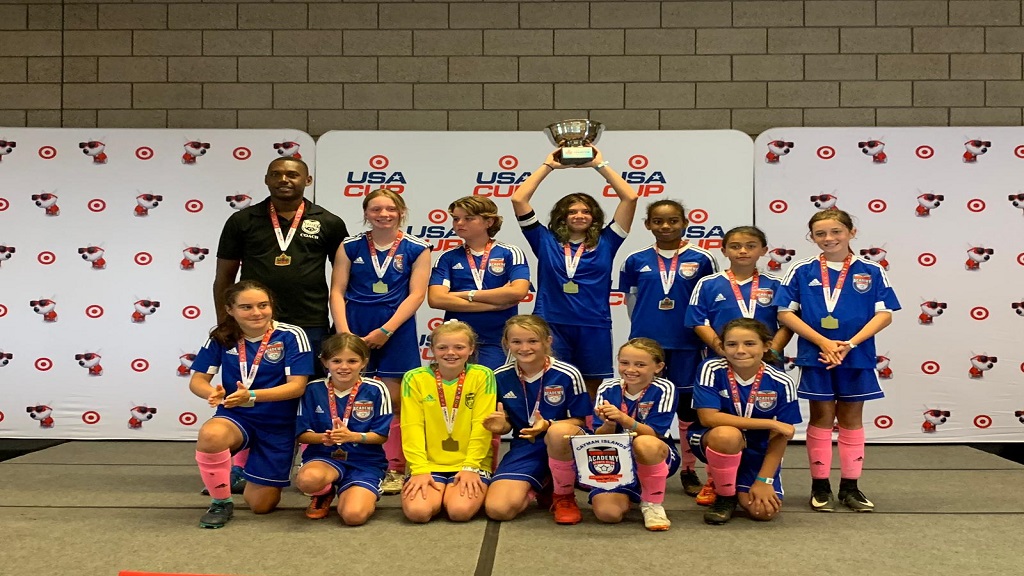 In addition to the two Championship trophies, the Club’s U-14 Boys, U-16 Boys and U-17 Boys all won their groups and made it through to ‘A’ Bracket quarterfinals.

Both the U-17 and U-14 boys narrowly missed out on the semi-finals stage after drawing tight matches with opponents, playing extra time and losing in penalty shootouts.

The Club’s U-11 Boys and U-14 Girls made it through to their respective ‘B’ bracket quarterfinals and also gave impressive performances.

Paul Byles, Head of Youth Development and U-16/17 Coach beamed: “Academy has proudly represented not only our Club but the Cayman Islands for eight years at the USA Cup.

The Club also took five older players, two boys and three girls, to participate as guest players on teams from the USA, Mexico and Denmark.

These players gained valuable international experience and performed very well. One of the guest players, Jennifer Licona, won the U-19 Women's Gold Championship with Koldingq from Denmark.

Virgil Seymour, the Club’s Technical Director said he was very proud of the teams’ consistent performances at international tournaments.

“On behalf of the Club we especially thank Paul Byles for his leadership and efforts on these trips as well as in our youth football program generally. I also want to thank our team physio Mr. Al Bartice, our coaches Claudio, Ben, Fabian, Ian and Martin and our hard working team managers Sandra, Tanya, Sharleen, Debbie, Michelle and Tammy”, he added.

“Thanks also to the many other volunteers and parents and sponsors who helped to make this trip such a huge success again this year."

Cayman Cricket u-19s off to Canada for World Cup Qualifiers