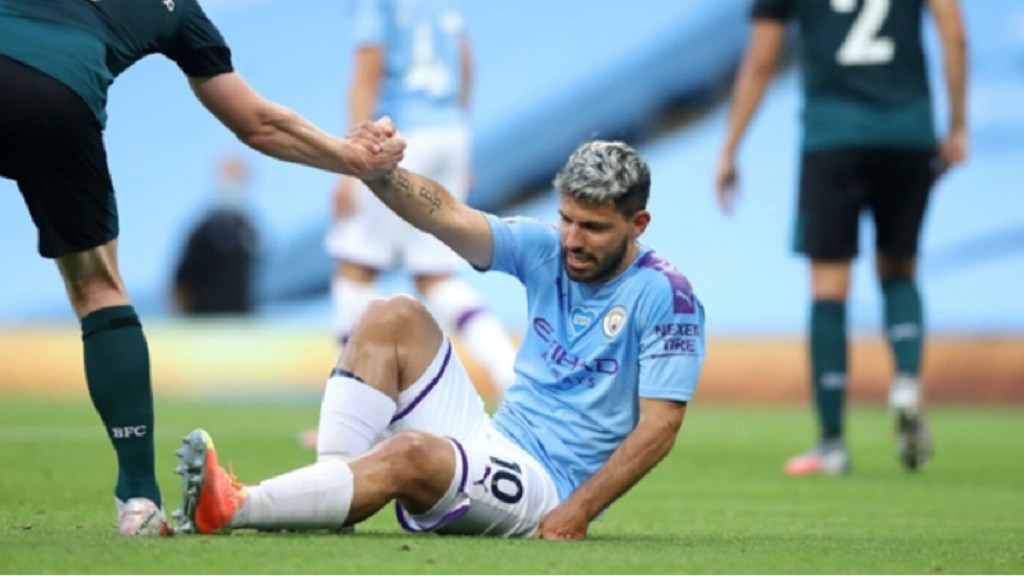 Aguero sustained an injury, reported to be damage to his meniscus, during Monday's 5-0 Premier League win over Burnley.

Pep Guardiola told reporters on Wednesday that his top scorer would be operated on this Thursday by his preferred surgeon Dr Ramon Cugat, who has treated City players including Benjamin Mendy, Ilkay Gundogan, and Kevin De Bruyne during the Catalan's time in Manchester.

However, shortly after his boss' news conference to preview the forthcoming match at Chelsea, Aguero tweeted a picture of himself from his hospital bed, suggesting the procedure had already been carried out.

"Everything went well and I'll soon begin recovery," he wrote.

"A big thanks to Dr Cugat and his team – and to all of you for your support."

Recovery from meniscus surgery generally ranges from four to six weeks, meaning Aguero could return for the concluding stages of this season's Champions League.

City hold a 2-1 advantage over Real Madrid ahead of the second leg of their last-16 tie, which will take place on August 7 or 8.

Should Guardiola's men progress, they will take part in an eight-team mini-tournament in Lisbon, between August 12 and 23, comprised of one-off quarter-final, semi-final, and final matches.

Aguero has scored 16 goals from 24 Premier League appearances this season, just 18 of which were starts. He averages a goal every 91 minutes.

If the injury rules him out of City's final eight top-flight matches, his streak of scoring at least 20 times in the league for the last five seasons will come to an end.

Coronavirus: Most Premier League players are scared to return – Aguero