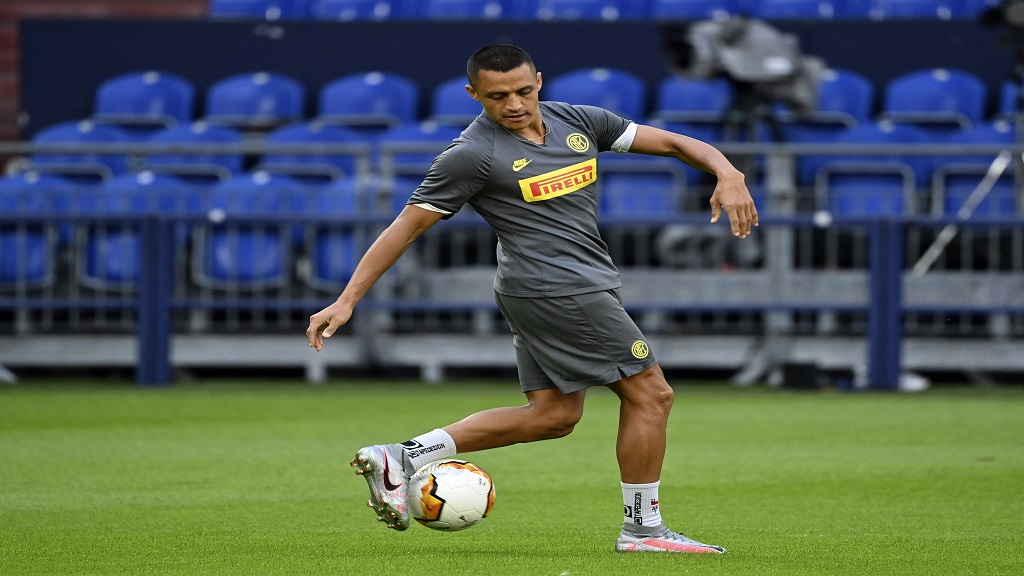 Inter Milan's Alexis Sanchez exercises during the training session prior the Europa League round of 16 football match against Getafe at the Veltins-Arena in Gelsenkirchen, Germany, Tuesday, Aug. 4, 2020. (Ina Fassbender/Pool via AP).

Alexis Sanchez’s Manchester United career is over after the forward completed his free transfer to Inter Milan.

The 31-year-old Chile international didn't live up to expectations after joining from Arsenal in January 2018.

Having scored just five goals in 45 appearances, Sanchez was allowed to spend the 2019-20 season on loan at Inter Milan as United covered a portion of his wages.

Sanchez did enough in Serie A to secure a permanent move to Inter on a contract through June 2023.

“Everyone at Manchester United wishes Alexis Sanchez all the best in his future career as he joins Inter Milan on a permanent transfer," United said.

Whilst Sanchez delivered from numerous positions across the front line at Arsenal, particularly from the left or as a central striker, he failed to fit in at United.

It was thought he would give them numerous options as a centre forward, No. 10 or winger. But bereft of confidence, he failed to find a specialist role.

Sanchez was outstanding for Arsenal in the three years following his move from Barcelona in 2014, scoring 80 times in 166 appearances.

As well as the goals, Sanchez delivered in other areas of the pitch. With 45 assists, Sanchez was involved in more goals than any other Arsenal player during his time at the north London club.