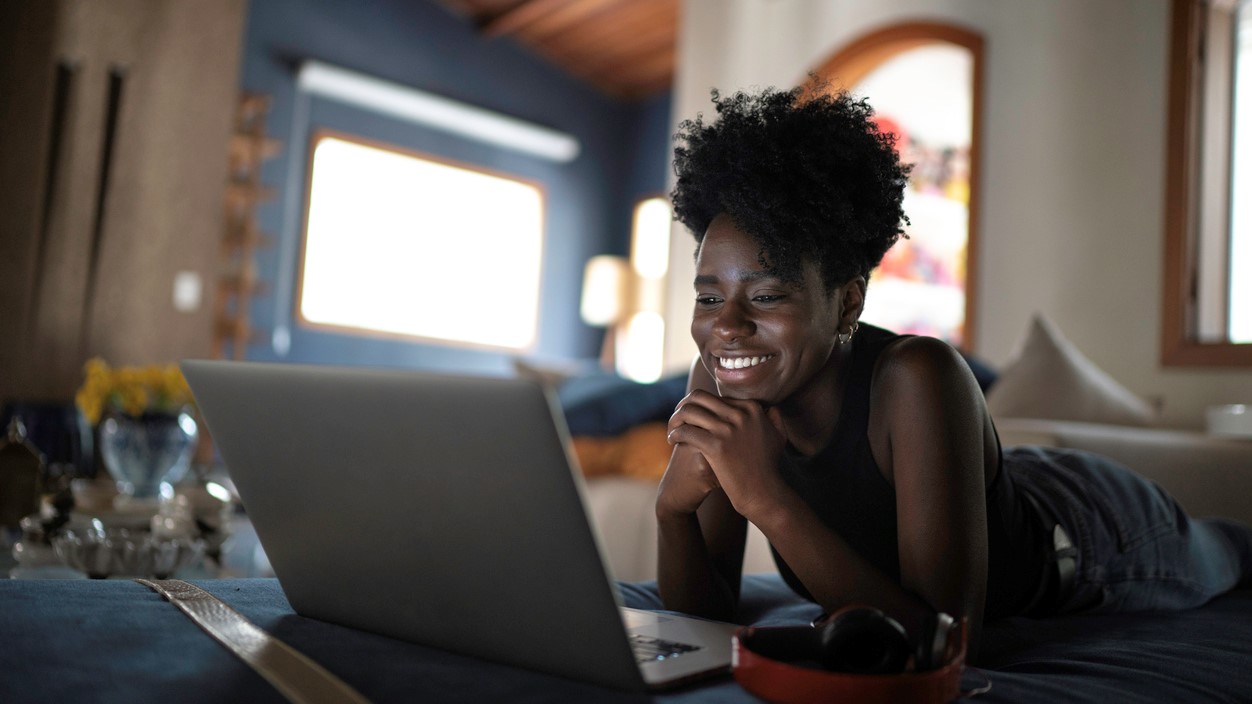 Learn something new or pass the time with your favourite movie/series. (Photo: iStock)

We might not be totally free these days, but there’s a lot out there that is.

Companies like Pure Barre and Peloton are offering free access to fitness classes, Amazon is giving away book classics like The Call of the Wild and Emma, and MasterClass has experts offering their wisdom for nothing.

The coronavirus’s shutdown has wreaked havoc on so many lives and also disrupted many company plans.

But some are offering their goods for free or dropping their paywalls for a limited time.

It may not make the best financial decision, but marketing experts say it’s good public relations and a nice way to hook future customers as long as it doesn’t seem like companies are taking advantage of the virus.

“You have to be careful,” said Penny Sansevieri, the CEO of Author Marketing Experts.

“You don’t want someone on social media to all of a sudden say, ‘Well, you’re just trying to take advantage of the fact that people are stuck at home.’”

Free shows and films from the entertainment world are a warm blanket for the home-bound.

HBO is making free streams of The Sopranos, Veep, Succession, Six Feet Under and The Wire on HBO Now.

Apple TV Plus is allowing free access to some of its original programs, including Servant from M Night Shyamalan.

The distributor FilmRise has the campy 1960s series Batman with Adam West — “Bam! Pow!” — and Showtime has extended its free trial period to 30 days.

PBS is streaming Nature episodes and its Great Performances, from Shakespeare to Kinky Boots, and YouTube is making many of its original series available to anyone without a subscription.

A nice corporate gesture during dark times can do wonders.

Sansevieri points to Hallmark, which had a rough few months with controversies over actress Lori Loughlin and its handling of a gay-themed wedding commercial.

But in the face of the virus, Hallmark mailed out two million free greeting cards to anyone who asked — real cards, not e-cards — “to help put more care in the world.”

Sansevieri said the gesture had a lot of “feel-good attached to it,” adding: “Was it a way for Hallmark to wipe away all the other bad stuff? Probably. But it was very smartly done.”

Tuesdays with Morrie author Mitch Albom is going past a mere gesture.

He’s writing a new serialized story Human Touch, set in Michigan during these coronavirus days, with free chapters available every Friday and suggested donations to his charity SAY Detroit.

“I got the idea of how life would be reflected through this virus on one street corner where there were four homes,” he said.

“I hope it makes some kind of difference and I hope it provides diversion for people, too.”

Fans as far away as Iran have thanked him for the effort.

The free gesture works best when it aligns with the company’s core mission.

“It’s not a circumstance we would have wished for but to have an opportunity to do the thing we love at a time when people really need us is very special,” said David Schriber, MasterClass’ chief marketing officer.

Companies hoping to get us off the couch also have deals: Nike has made online workouts free, Planet Fitness is streaming live workouts on Facebook and Gold’s Gym is offering free access to its app.

The Alvin Ailey American Dance Theater has online classes for the brave — or you can just soak in one of their ballets, all free.

Live theatrical venues like the Metropolitan Opera plans a streaming gala later this month, Cirque du Soleil has put out free 60-minute compilation specials every week and Andrew Lloyd Webber has new streaming broadcasts of his musicals each Friday for 48 hours on a dedicated YouTube channel.

“It’s a crazy idea to think this Friday, globally, everyone could be going to the theatre together for free. Isn’t that amazing?” said Ramin Karimloo who starred as the title character in Webber’s The Phantom of the Opera, filmed in 2011.

“I’m not saying it’s life-saving but this helps. Even those health care workers who come home, maybe they want to forget what they just went through for 12 hours.”

But the gamble could pay off with new customers staying loyal.

“If you become a fan of X, Y or Z show, that will definitely stick with you. So certain things will change us behaviorally,” she said.

Some media companies have built goodwill by seemingly riding to the rescue of anyone with kids, like Audible making free dozens of narrated books, from Harry Potter to Peter Rabbit.

Apple TV Plus has also made some of its kids’ offering free, including the series Snoopy in Space featuring everyone’s favourite fictional beagle.

Quarantine & Chill: Titles to stream while on COVID-19 stay-cay