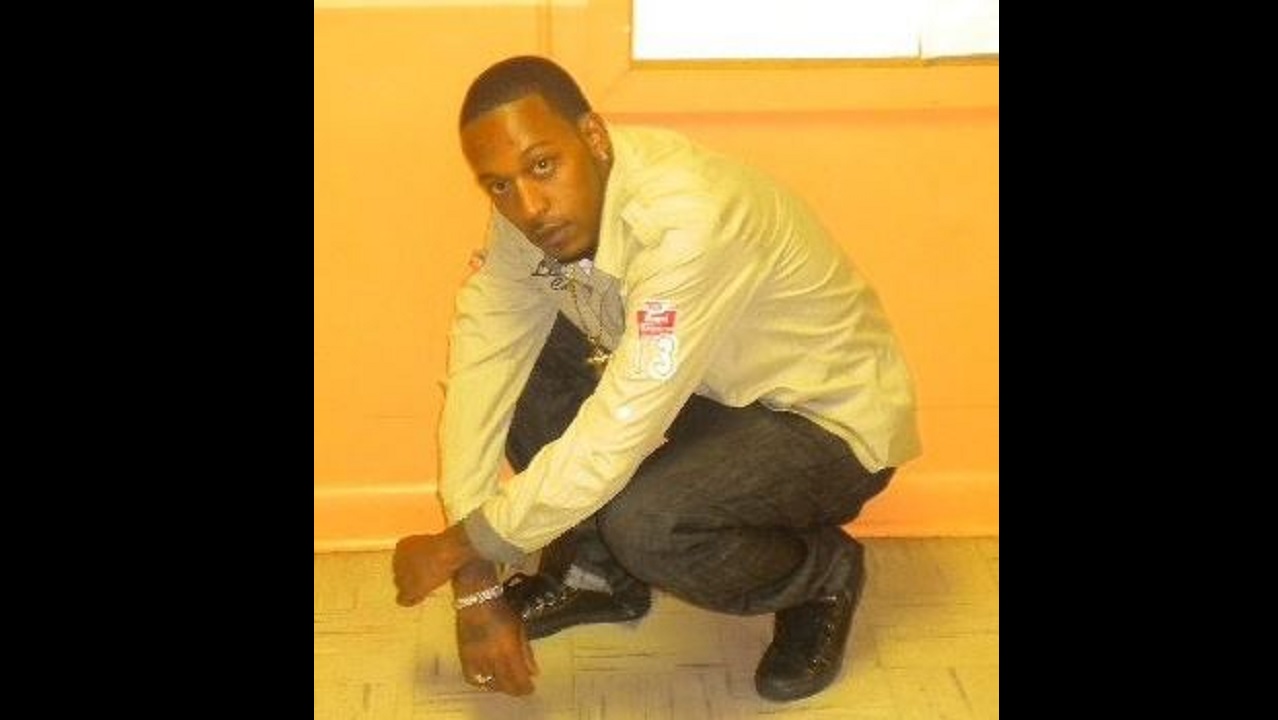 Police seeking to quell simmering anger over their shooting of a mentally disturbed black Jamaican-American man on a New York City street released a montage of security videos Thursday that showed him minutes earlier thrusting a metal object that looked like a gun into the faces of several people — including a woman holding the hand of her child.

A final video snippet showed the man raising the object in a two-handed shooting stance as police arrived, the edited video frozen just before officers unleashed 10 shots that left 34-year-old Jamaican-born Saheed Vassell dead. His weapon turned out to be nothing more than an L-shaped section of pipe.

The shooting in Brooklyn on Wednesday evening prompted protests among many who felt police should have known that Vassell, a fixture in the Crown Heights neighborhood, had emotional problems.

But Mayor Bill De Blasio didn't lay blame on the officers, who were not from the local precinct and were passing through at the time. He said they had no information that the person they were confronting was mentally ill. 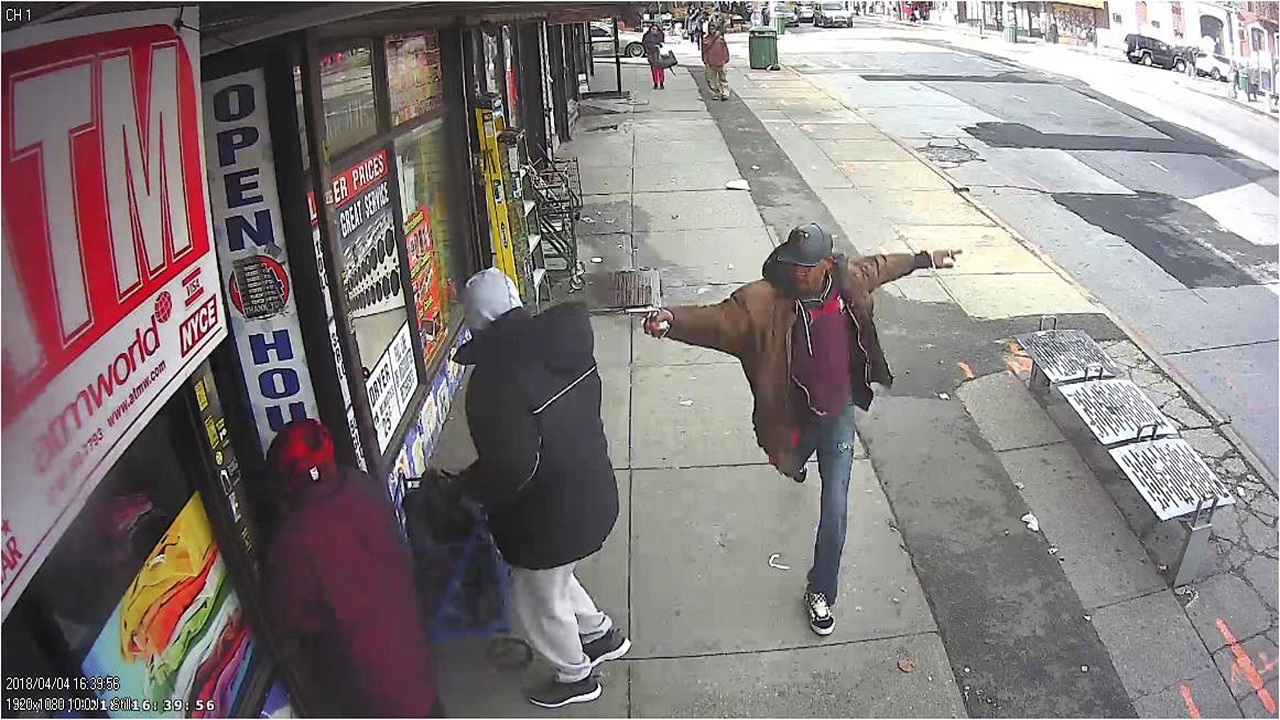 "It's a tragedy because a man with a profound mental health problem ... was doing something that people perceived to be a threat to the safety of others," de Blasio said at a news conference shortly before the images and a partial transcript of 911 calls were released.

"What we have seen from the images that are publicly available, people in the community thought he had a weapon and was aiming it at residents," the mayor said. "That's the kind of calls, multiple calls, that NYPD received.

According to the transcripts, one caller to 911 reported that Vassell "looks like he's crazy but he's pointing something at people that looks like a gun."

"Where is the gun?" a dispatcher asked one caller. "His hand," the caller replied. 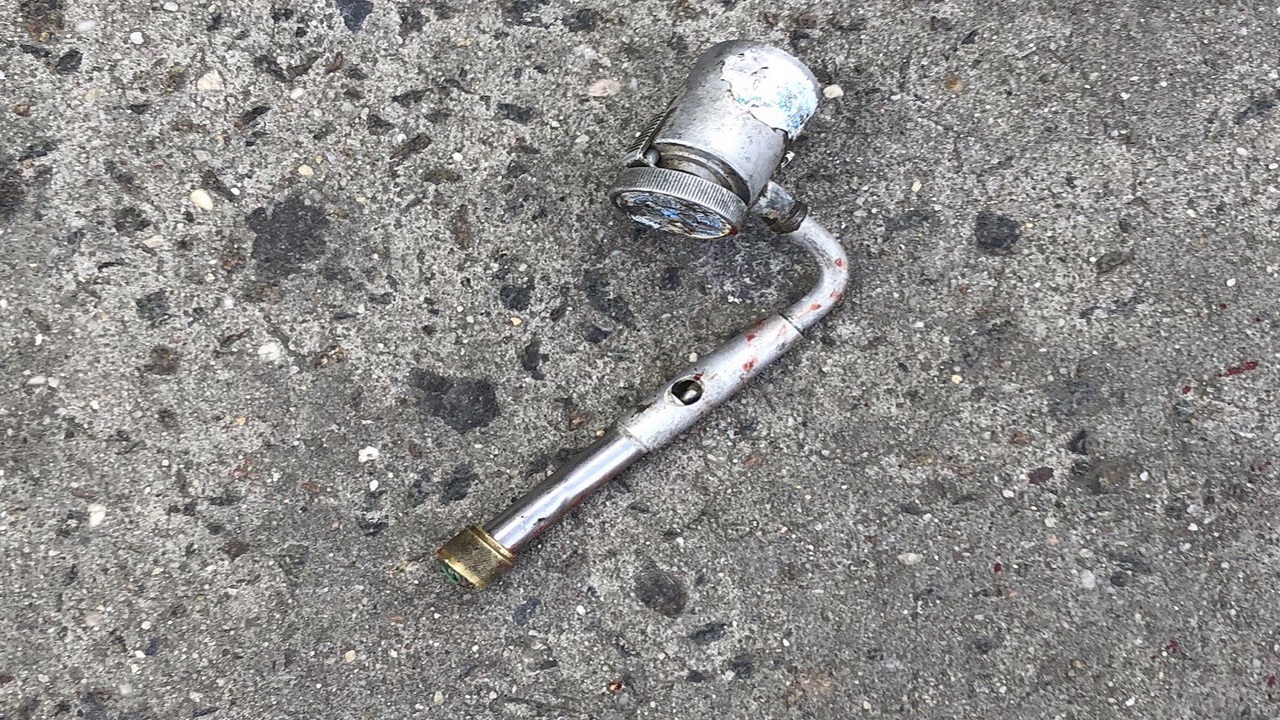 This photo provided by the New York Police Department shows a metal object at the scene.

In police radio traffic posted online, dispatchers directing officers to the scene said 911 callers were reporting only that a person was pointing a gun at people. After the shooting, the officers can be heard frantically calling for dispatchers to send an ambulance.

The release of the edited material on the New York Police Department's Twitter account — the full videos and transcripts weren't immediately provided — was meant to back up claims by the police department that the four plainclothes and two uniformed officers who responded had a legitimate reason to believe they needed to move swiftly to stop a deadly threat.

The material released by the department didn't answer questions about whether the officers had identified themselves or ordered the victim to drop the object before they opened fire. The city's medical examiner found he was hit seven to nine times, including one shot to the head.

Vassell's father, Eric, told reporters that his son had been hospitalized several times for psychiatric problems, some involving encounters with the police, but that he was polite and kind. 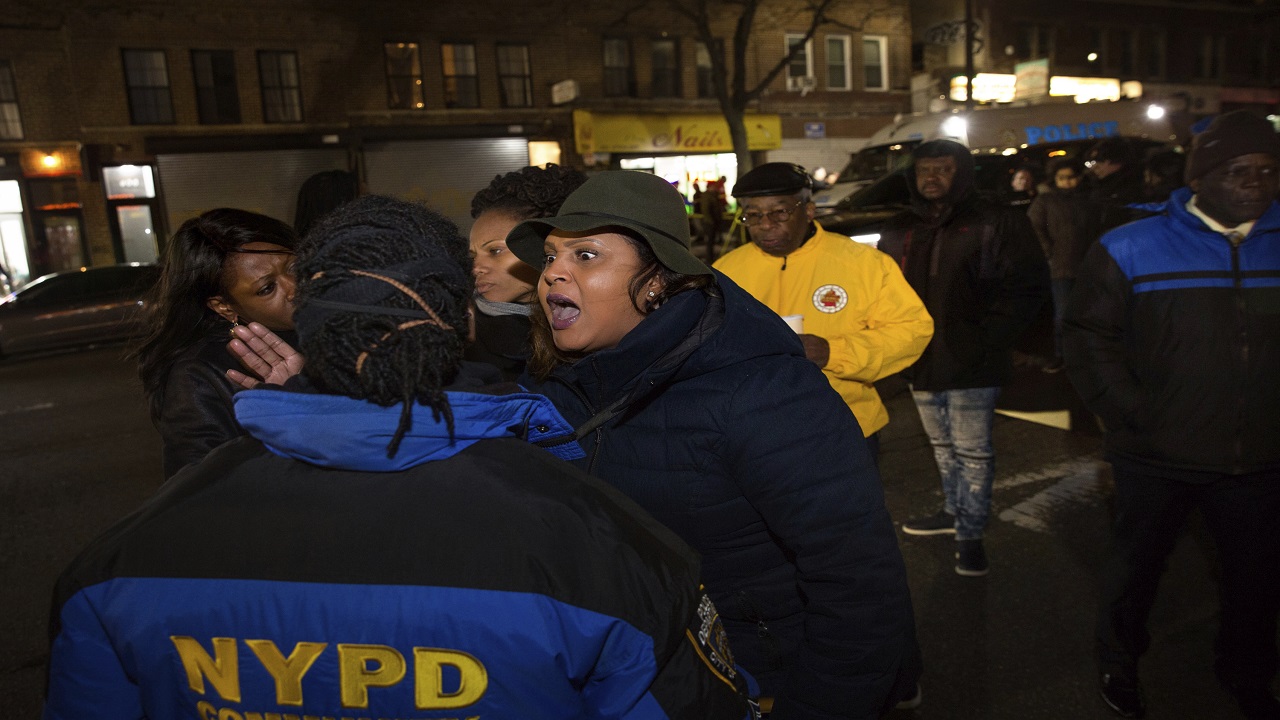 Sandy Michelin, an aunt of Kimani Gray, who was fatally shot by police in 2013, shouts at officers after police shot and killed Vassell. (PHOTO: AP)

A tense crowd gathered after the shooting, with some people shouting at officers and decrying the killing as another example of an unarmed black man dying at the hands of police officers who overreacted.

On Thursday, Ruta Deshong, who owns a reggae record shop on the same block where Vassell lived, said she had known him since he was a young boy and that the police who normally patrol the neighborhood knew him well.

"If they had said, 'Drop your weapon,' he would have," Deshong said. "The officers in the neighborhood know him. He's all around the place. They know he's not trouble."

A family friend, Berrest Biggs, said he learned of the shooting through social media.

New York's attorney general, Eric Schneiderman, announced that he would investigate the shooting.

Under an executive order issued by the governor in 2015, the attorney general has the power to act as a special prosecutor in cases involving police killings of unarmed people.

The shooting comes after the police killing of an unarmed black man on March 18 in Sacramento, California, sparked two weeks of protests and calls for police reform. Stephon Clark, 22, was shot by officers responding to a report of someone breaking car windows. Police said they thought he had a gun, but he was carrying only a cellphone.

The many moods, swings and challenges of bipolar disorder