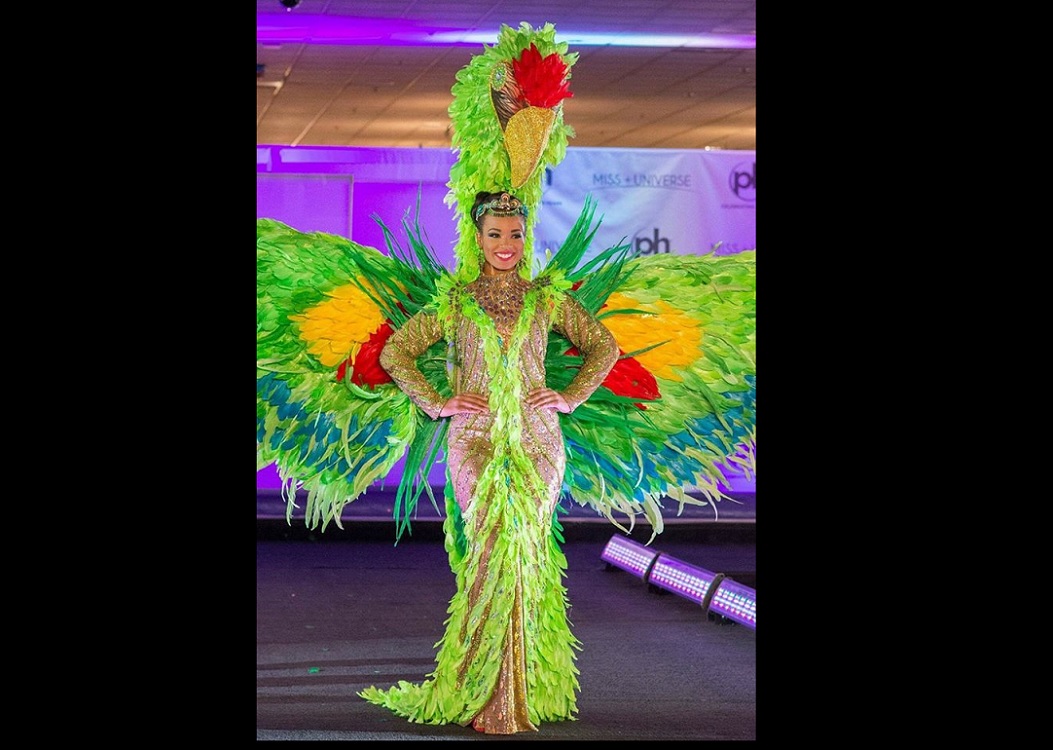 Conolly’s national costume showcases the Island’s national bird, the Cayman parrot, which boasts luminous colours particularly high greens and brilliant blue wing feathers which are only apparent when the bird is in flight.

Seusahai in making the costume, utilized a unique blend of lace and sequins in a body hugging gold gown, paired with a galore of feathered embellishments which created wings and a headpiece.

The stunning headpiece, which flowed from the feathers along the gown, showcased the national bird in all its honour, adorned with green jewels, green and red feathers and a glittered filled golden beak which sat perched atop Connolly’s head – the gown was simply stunning and empathized the national pride of the island.

Here is a little tidbit:  According to an insider source, the national costume was flown to the Cayman Island from Toronto on Tuesday, November 7 and Connolly was fitted.  Before noon the following day the designer had left the island. The insider noted that designer, had made the costume to fit like a glove with great precision and had spent a vast amount of time getting it right particularly the designer is said to have wanted more than anything else to show off the pride of the island’s national symbol.

Loop Lifestyle gives the dress a 10/10.. It certainly was a hit, tell us what you think in the comment section below