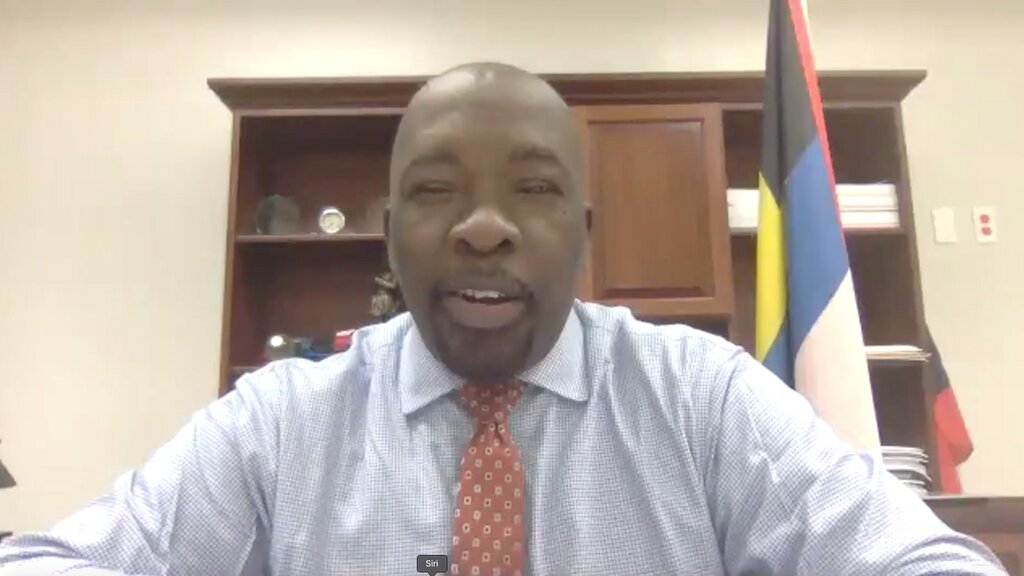 Antigua and Barbuda was re-elected to the position of President of the General Conference of Ministers of the Caribbean Telecommunications Union (CTU) for a further two-year term. The country is represented by Melford Nicholas, Minister for Information, Broadcasting, Telecommunications and Information Technology.

These appointments took place as the General Conference of Ministers, the highest decision-making body of the CTU, held its 23rd meeting via online videoconferencing as part of the activities of ICT week 2020 which ran from September  21 to 23.

Minister Nicholas took the opportunity to welcome Trinidad and Tobago as Vice-President.

He added, “I look forward to working alongside Minister West and Senator, the Hon. Hassel Bacchus, Minister in the Ministry of Public Administration and Digital Transformation, in expanding the possibilities for digital transformation in the region.”

In response, Minister West, disclosing her vision for the region, stated, “The Prime Minister of Trinidad and Tobago and I are very excited about the work that we propose to do in ICT. We have a bigger vision for the Caribbean to work together to materialise this vision.” She added that “21st Century Government is something that can be done, if we put our minds together and take a more aggressive and proactive approach.”

The General Conference of Ministers comprises Ministers from CTU Member States responsible for ICT and Telecommunications and meets annually to direct and guide the operations of the CTU.

The CTU’s Executive Council comprises Permanent Secretaries and Technical Officers of CTU Member States and meets twice annually to progress the work of the CTU by deciding on the resolutions and recommendations to be taken to the General Conference. Jamaica and Grenada were elected as Chair and Vice-Chair respectively of the Executive Council.

Digicel donates US$100K to the OECS fight against COVID-19