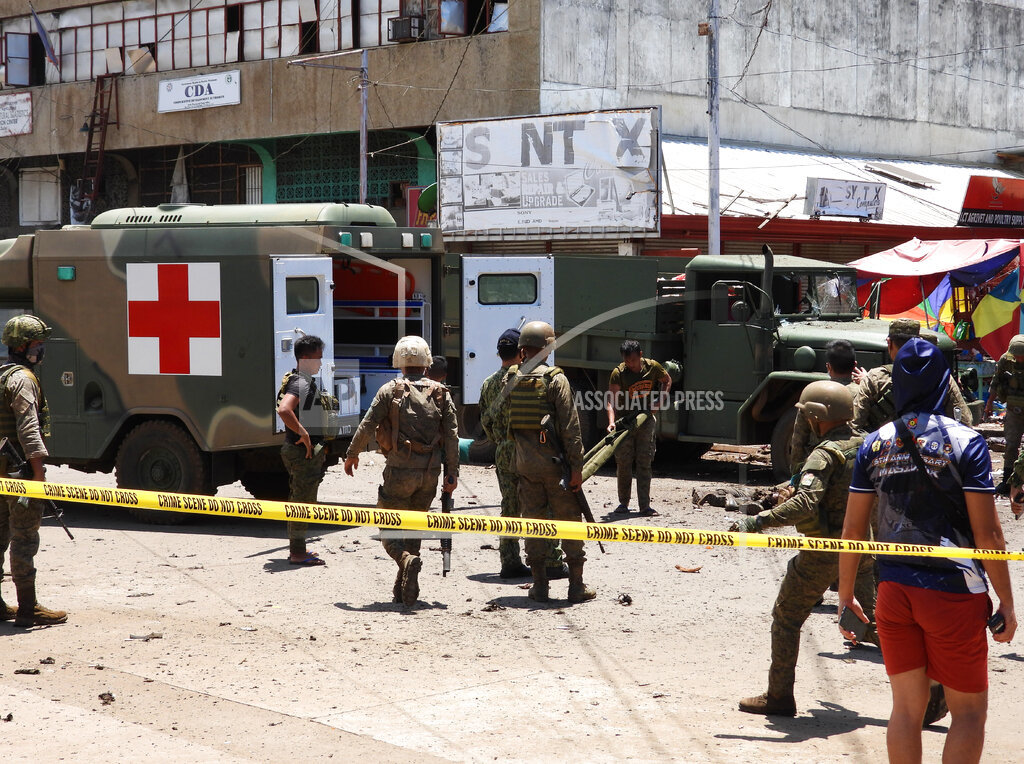 Soldiers retrieve bodies at a site of an explosion in the town of Jolo, Sulu province, southern Philippines, Monday Aug 24, 2020. (Photo: AP/Nickee Butlangan)

Abu Sayyaf militants may have staged suicide bombings that killed 14 people to avenge the death of a Filipino leader of the Islamic State group in the southern Philippines following a clash with troops last month, the army chief said Tuesday.

Army commanding general Cirilito Sobejana said Hatib Hajan Sawadjaan was wounded in a July 6 gunbattle in a jungle near Patikul town in Sulu province and most likely died a few days later. Troops have been searching for his buried remains, he said.

Two Islamic militants blew themselves up in suicide attacks Monday that killed at least 14 people, including soldiers, and injured 75 others in Jolo town in Sulu, in the country’s worst extremist attack this year.

“They wanted to avenge his death,” Sobejana told The Associated Press. “It’s also a very desperate move because they have lost strength and wanted to create an impression that they still exist.”

Sobejana said he is “90 per cent sure that Sawadjaan is gone. We’re reserving the 10 per cent until we find his body as concrete evidence.”