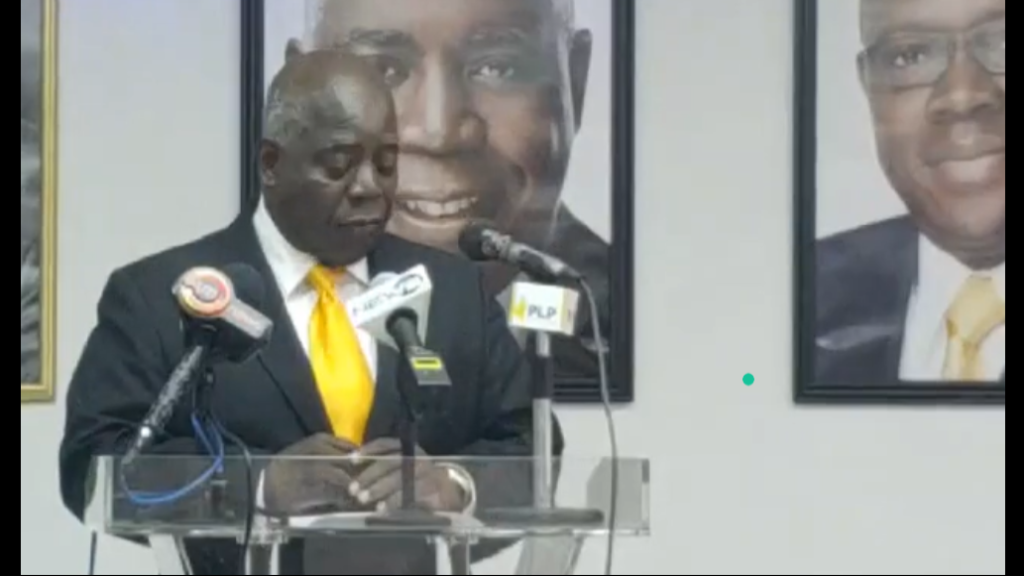 The Opposition Progressive Liberal Party (PLP) plan to stage protests against the Bahamian Government, accusing it of abusing power in the House of Assembly.

Opposition Leader Philip Brave Davis announced the move at a media conference on Sunday as he condemned House Speaker Dewitt Halson Moultrie for allowing the Government to hijack his motion of no confidence in Prime Minister Dr Hubert Minnis, last week.

He said the Speaker went against the House rules during the Sitting on December 12, 2019, and allowed members of the governing Free National Movement (FNM) to change the resolution when he was its mover.

He stated: “What the Speaker allowed to take place was not amending the resolution but repealing what we laid before the house because they were attempting to find a way to avoid answering the serious charges levelled against the Prime Minister and at least one member of cabinet.”

The FNM Members of Parliament (MP) used their majority to change the wording of the resolution to one that expressed confidence in Minnis.

The resolution was based on the government’s decision to lease a mall, which is partly owned by former Cabinet minister Brent Symonette, for the relocation of the General Post Office.

FNM MP for Golden Isles Vaughn Miller crossed the floor during the debate and joined the independent benches.

At the end of the sitting, 31 Government MPs voted to support Minnis while the four Opposition members voted against him.

Davis accused Minnis of lying to Parliament and said he is ready to face him in court for his statement.

“I say to the Prime Minister you do have a case to answer and until you do your misconduct and corrupt behaviour will always cast a dark cloud of illegitimacy over your administration.”

He has ruled out moving a motion of no confidence against the Speaker but he said they will continue to advocate for his removal.