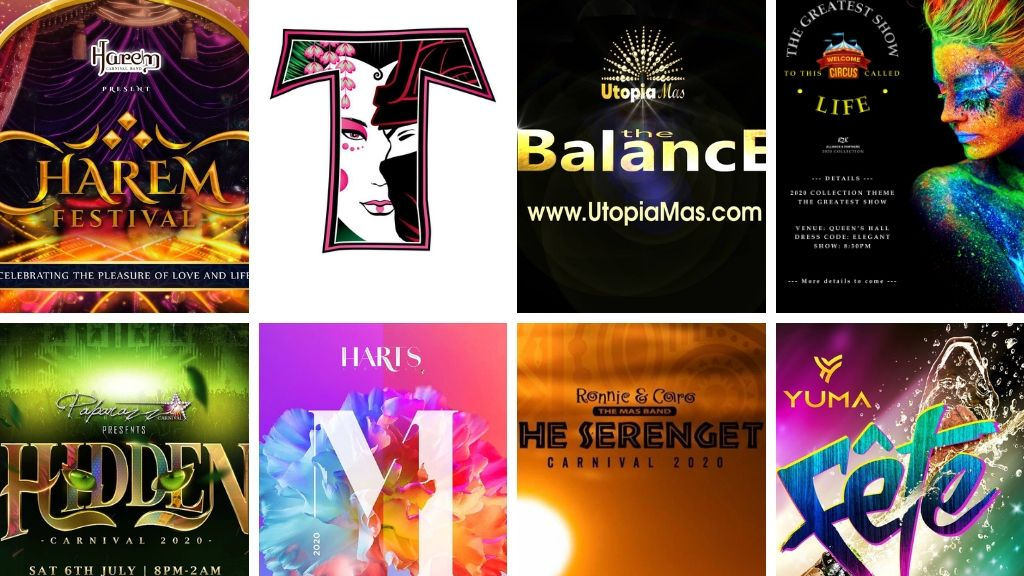 Band launch season is here!! These are posters from some bands launching over the next two months.

There will be at least one new band on the road for Carnival 2020.

Harem Carnival will be making its official debut when it launches on July 27.

The band is owned by Ryan Darcy and Alberto Vargas.

Vargas told Loop the band was created out of a concern about the way Carnival was developing. He said they wanted to bring together a group of young designers to create meaningful costumes. The band is receiving guidance from Richard Afong, a veteran masman, and creator of bands such as Barbarossa and is seeking to marry modern mas with that of yesteryear.

The theme for the band’s inaugural presentation is Harem Festival: Celebrating the Pleasure of Love and Life which will be executed in four sections. Vargas assured that all the costumes in the All-inclusive medium band will be 100 percent locally manufactured.

The launch will take place in VAS, which Vargas described as an intimate space that they could easily transform into a harem.

The day before Harem’s launch, Ronnie and Caro will launch their 2020 presentation Serengeti. As they did last year, the band will launch completely online via social media.

Ronnie McIntosh, co-owner of the former Band of the Year, said the online launch will be twinned with a live launch at their famous Pavement Lime in front of their mas camp on Warner Street in Woodbrook.

He said in keeping with the Serengeti theme, attendees at the Pavement Lime will be asked to wear African-inspired fashion and the food cooked will mirror that of the food in Kenya, one of the territories to which the Serengeti park extends in Africa.

For 2020, the band will be much larger than before with 14 sections, seven of which will be done by guest designers.

Below is the list of bands that will be launching over the next two months.

Venue: On all social media platforms

Theme: Harem Festival - celebrating the pleasure of love and life

K2K says winning inspires them to inspire others