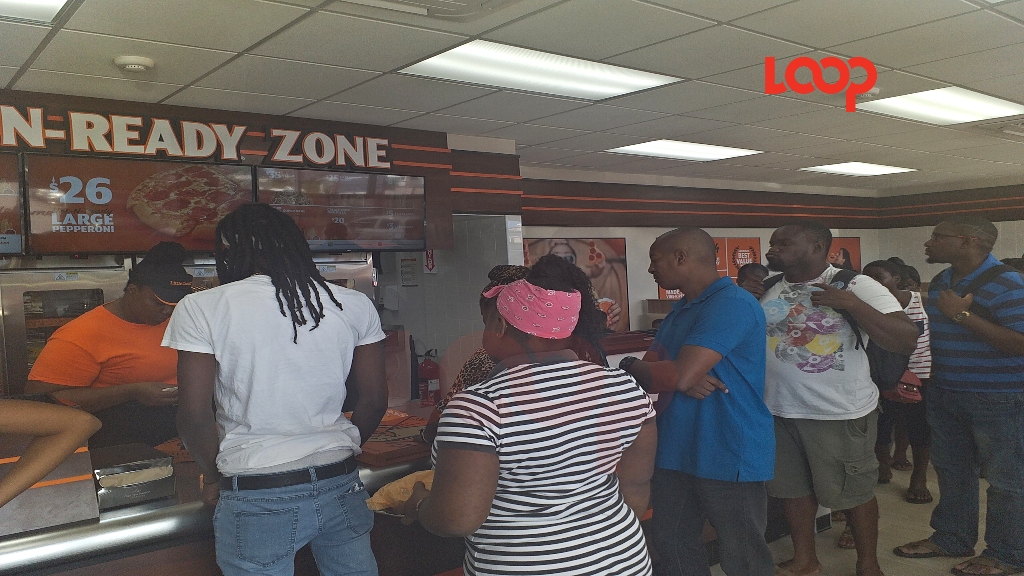 The Little Caesars brand is up and running in Barbados with one store opened and three more slated to open soon.

Regional Operations Director for Little Caesar's Pizza throughout the Caribbean, Raphael Maraga told Loop News that Little Caesars' looks to open in Sheraton Mall before the end of this month and have four outlets in operation in Barbados total at Carlton Complex, Sheraton Centre, Worthing, and Six Roads.

Two days into the New Year and most Barbadians have seen the photos and videos of the long lines of patrons descending upon the newest pizza establishment situated in St Michael. The first outlet is at Carlton Complex.

Little Caesars soft-opened on December 30, with their full opening to the public on December 31. They were met with a bumper crop of customers. The company's first official day caused an early closure due to the immense amount of patrons but they hope that this will not continue as they believe the high demand will be met without issue.

With a brag of serving customers in 10 to 15 minutes for special-order pizzas, but hot and ready pizzas are two to three minutes, they hope to satisfy the cravings of all comers in the coming days.

Also going on to say that the company has had no issues in terms of setup, Maraga said they have had a lot of support from the Government of Barbados and said: "everything has been going smooth."

Here are all the road closures for National Heroes Day weekend

Australian Open 2020: Halep and Pliskova through, misery for Sharapova