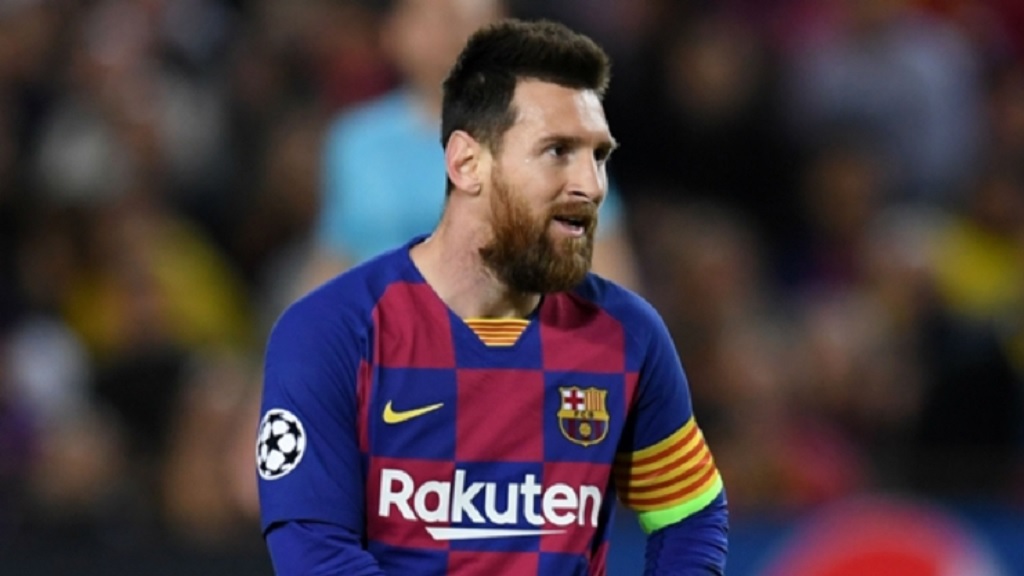 Barcelona were held to a 0-0 draw by Slavia Prague in the Champions League group phase on Tuesday.

The closest the five-time European champions came to a goal was Lionel Messi's shot that hit the corner of the goalframe in the 35th minute.

Barcelona have eight points in Group F. Prague have two. Dortmund Borussia and Inter Milan both had four before their game against each other later Tuesday.

Barcelona extended their record unbeaten streak in Europe's top club competition to 34 consecutive home matches, a run that dates back to 2013.

The scoreless draw comes three days after Barcelona were stunned 3-1 at Levante in the Spanish league, ending a seven-game winning streak.

Pique will miss the next match against Dortmund on Nov. 27 for an accumulation of yellow cards after he was booked in the first half.

Big 3 score to give Barcelona 3-0 win at Eibar

Messi vows to listen to his body to prolong Barcelona career