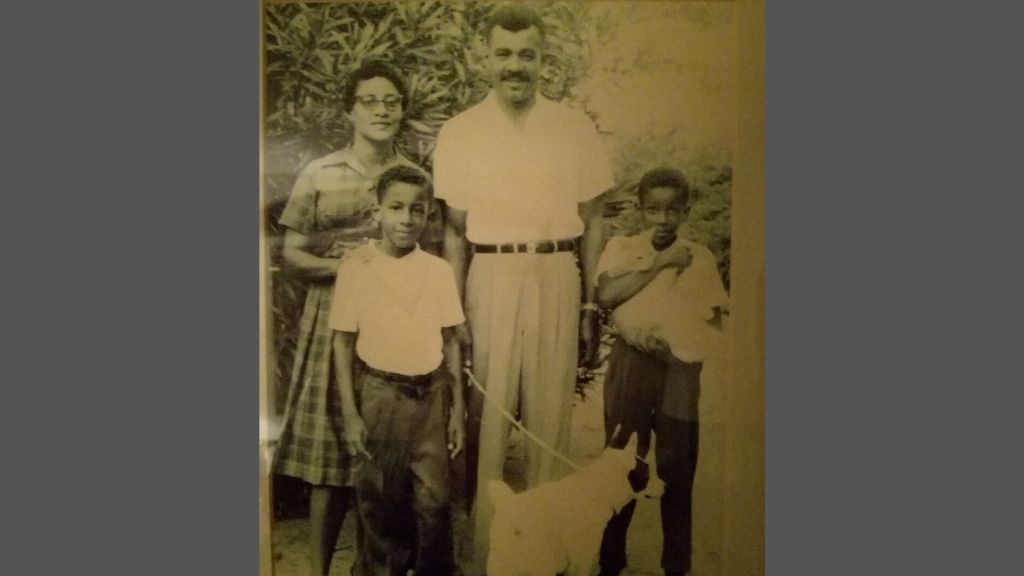 For many of us, our parents are our heroes. They rescue us when we need help and push us to be our best. Some of the lucky sons and daughters even get the privilege of watching society recognize their parents through awards and titles.

Locally, on Cayman, one of the greatest honours is being selected as a National Hero. Gordon McLaughlin is one of the ‘lucky ones’, as the younger son of the Hon. Sybil Mclaughlin he has been blessed with opportunities to watch his mother’s legacy be celebrated.

The Hon. Sybil McLaughin served the Cayman Islands Government for many years. She joined government in 1945,  became Clerk for the Legislative Assembly in 1959, and continued to thrive, becoming Cayman’s first Speaker of the House in 1991 and held the post until her retirement in 1996. Her selection as Speaker was made even more historic by the fact that the Cayman Islands was one of the first countries in the world to select a woman for the role— ahead of the UK and USA.

In honour of Heroes Day, Gordon Mclaughlin shares stories about his mother. Gordon begins, “The main thing my mother was concerned with was encouraging us to get a good education. Chris, my brother, and I left Cayman to go to school at Cornwall College in Montego Bay, Jamaica, because that is where the current premier Alden Mclaughlin’s grandfather went to school who my mother regarded highly.” After completing high school, Sybil encouraged her sons to pursue higher education. Chris, her oldest son, went to flight school in Florida, and Gordon when to Leeds University in the UK.

Second to education, Gordon fondly recalls his mother’s religious and community values. “Chris and I attended church and Sunday school regularly,” he remembers.

Sybil was heavily involved in the church, as she was the organist at South Sound Presbyterian Church, later referred to as the United Church of Jamaica and Grand Cayman. “Outside of church, my mother was highly involved in the community. She was a founding member of the Business and Professional Woman’s Club and taught Spanish at the school for a time.”

When asked for a favourite childhood memory, Gordon shares, “In the early ’50s when Chris and I started going to primary school we would ride on the carrier of my mother’s bicycle. She would peddle us to school and drop us off, then continue her way to work.  Then when my brother and I got bigger we got our own bicycles.”  It is a fond memory and speaks to the Hon. Sybil McLaughlin’s resilience and perseverance. Later in about 1958 Gordon shares they got their first car, "it was exciting!” and made life easier especially when it was raining.

The Hon. Sybil McLaughlin also valued family. Gordon recalled living with Grand-Aunt Bertha Bush, and Grand-Aunt Nurse Annie Bush, who was one of the first nurses of the government hospital. “My Grand-Aunts were great cooks and did most of the cooking when we were younger. But later in life my mother started to cook more. My favourite dishes were her fish stew and rum cake.”

The Hon. Sybil McLaughlin, the only living National Hero, is truly talented. She balanced an impressive career, while raising two boys, and still made time for church and community service. Her time at the Legislative Assembly from 1959 to 1996 allowed her to witness the development and improvement of the constitution—the focus of this year’s Heroes Day, and now, thanks to Gordon we get to glimpse into her family life, peeking in to see at what it was like being raised by a hero.

Those interested in learning more about the Hon. Sybil McLaughlin are encouraged to read her biography, Island Girl to National Hero, by Heather McLaughlin.

This heroine is the real McCoy