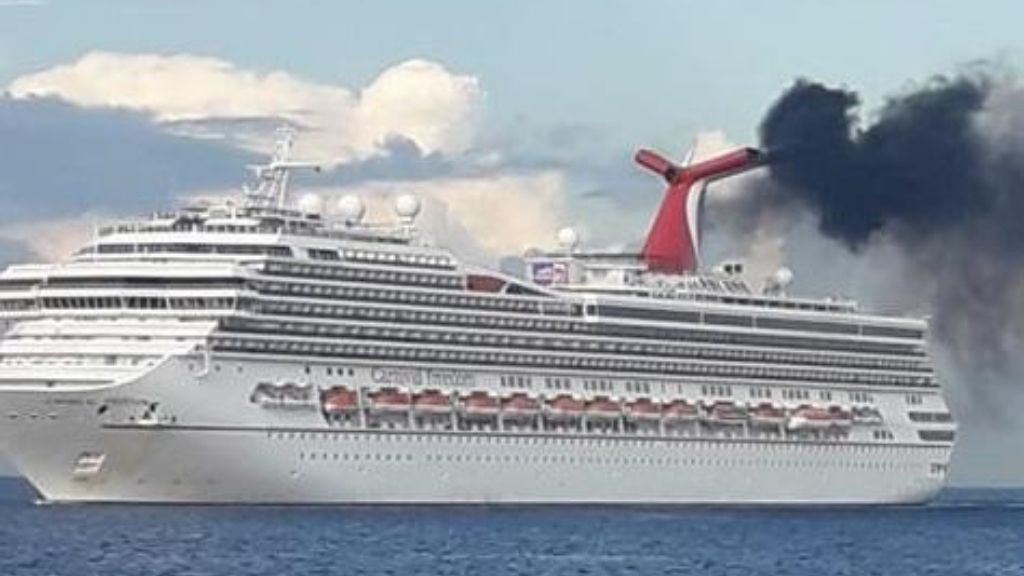 This is an image of a Carnival Cruise reportedly breaching air emissions laws in the Cayman Islands; Image source: Cruise Law News, October 29, 2019

Cruise Law News, a daily blog produced by lawyer, Jim Walker of Walker & O'Neill Maritime Lawyers has published an image that was reportedly taken on July 31 of what it says is a cruise ship, Grand Celebration with its "orange painted funnel, out of which thick black smoke billowed over the port" of Palm Beach. Walker's post, aptly titled, "Grand Celebration Pollutes Even During “No Sail” Period," goes on to reference a prior post, providing information and images of what it says are emissions laws being breached by Carnival Freedom in the waters off of Grand Cayman a few months ago. This image has also been referenced by other online publications including online travel news, TravelPulse. 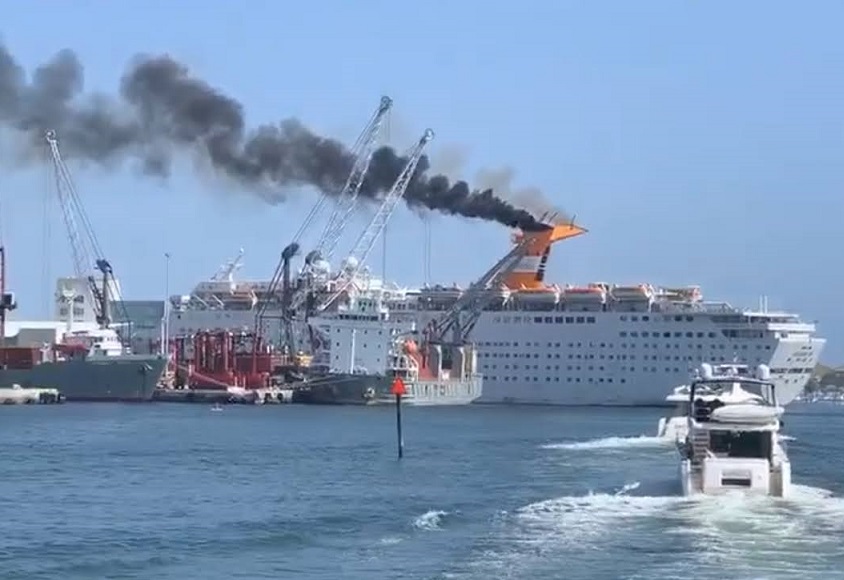 The Grand Cayman photo, which was reportedly taken on October 29, 2019 (see headline image, above) depicts the Carnival Freedom in George Town "on the way to the anchorage area to be tendered when it started smoking heavily from the exhaust stacks."

Reference is also made to the Carnival Victory that was reportedly caught on webcam in the port of Nassau, Bahamas last summer, "belching thick black smoke from its funnel for around an hour."

With regards to the aforementioned emissions episode in Grand Cayman, a Carnival representative issued the following statement: "While sailing into Port Grand Cayman last week, Carnival Freedom emitted dark smoke from the funnel. This was related to a malfunction of an engine turbocharger. That engine was quickly shut down and the smoke ceased. Our environmental team was immediately notified and technicians worked quickly to complete the necessary repairs. This issue did not affect the ship’s ability to operate."

Unfortunately, the violation of air emissions laws is something that the Carnival Corporation has been found to be guilty of in the past.

According to a 2019 article in the Financial Times, "A study of 203 cruise ships at sail in Europe in 2017, carried out by the European think-tank Transport & Environment found that of the 20 most polluting cruise ship lines, seven were operated by Carnival-owned brands. In total cruise lines emitted more than 60 kilotonnes of sulphur dioxide, a cause of acid rain and lung cancer."

Studies have shown that the shipping industry accounts for 2-3 per cent of global emissions, with cruises making up approximately 10 per cent of that figure. In one day, a mid-sized cruise ship can emit as much as 1,000,000 cars. Ship exhaust contains harmful constituents, including metals and polycyclic aromatic hydrocarbons, many of which have toxic, mutagenic and/ or carcinogenic properties.

This begs the question, how is the cruise industry affecting the air quality of the Cayman Islands?

There is strong evidence that "shipping emissions in ports can represent a substantial share of total emissions in the port-city," says the OECD (2014).

As borders gradually reopen in the months to come it will be up to the people and the leadership of Cayman to decide if the cruise industry, with its unavoidable pollution, is environmentally sustainable, despite the economic benefits.

Carnival Cruise says it will resume Caribbean trips in summer