Botanical Roots: Why you should eat star fruit 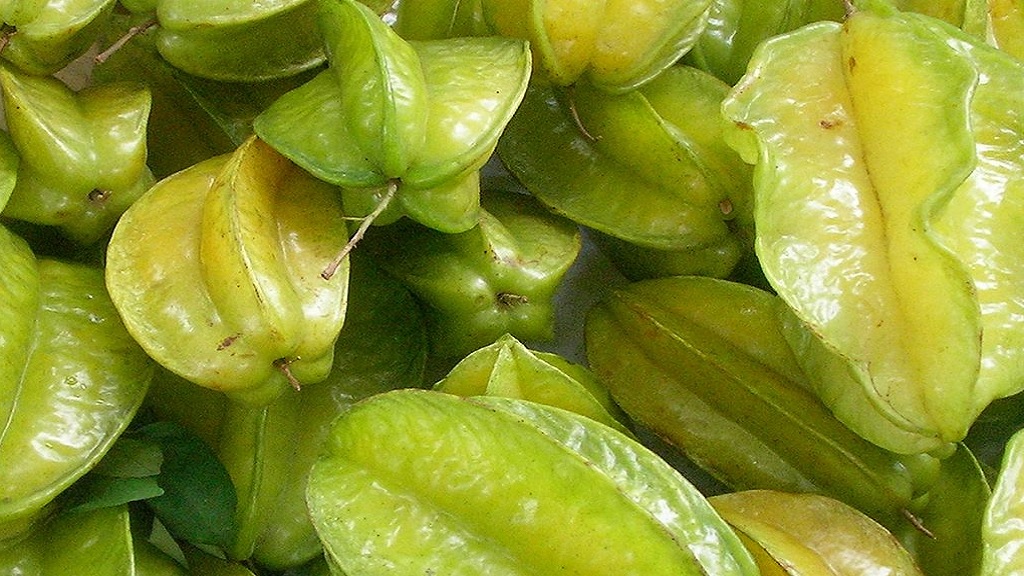 Scientifically known as Carambola, the star fruit is a succulent fruit that is popular in most tropical countries.

In some parts of the Caribbean, it's also called ‘jimbilin’ and is a fruit bowl staple.

The star fruit is packed with nutrients and minerals and gets its name due to its distinct star shape when it is cut. The entire fruit can be eaten, including the waxy outer layer.

Star fruit contains an extremely low number of calories but is rich in dietary fibre, vitamin C, vitamin A, and B vitamins, as well as phosphorus, zinc, calcium, magnesium, sodium, iron, and potassium. The fruit has a high concentration of antioxidants.

Research on star fruit published in the Advances in Pharmacological Sciences journal has suggested that the delicacy could be developed into an effective natural supplement against cancer. Another study highlighting the antioxidant capacities of star fruit states that the peel of this fruit is a richer source of antioxidants than the pulp.

Also, the ripe fruit is more of an antioxidant storehouse than the raw fruit. Furthermore, the fibre in star fruit will cleanse the colon and reduce toxicity levels, helping to lower your risk of colon cancer.

The star fruit is known to be a good anti-inflammatory for various skin disorders. The rich source of vitamin C also helps in flushing out toxins from the system.

The fruit is also good for maintaining stable blood pressure, which in turn ensures a regular heartbeat and healthy blood flow.

It has also been traditionally used to increase lactation in mothers who have trouble producing enough milk for their newborns.

The fruit can also stimulate urination and can be used to cleanse both the liver and the kidneys. Due to the anti-microbial properties of star fruit, it is also used by people to get relief from sore eyes.

Some of this text was sourced from www.organicfacts.net

Botanical Roots: Why you should eat breadfruit

Botanical Roots: Why you should eat sweetsop

Botanical Roots: Why you should eat guava