Botanical Roots: Why you should use leaf of life 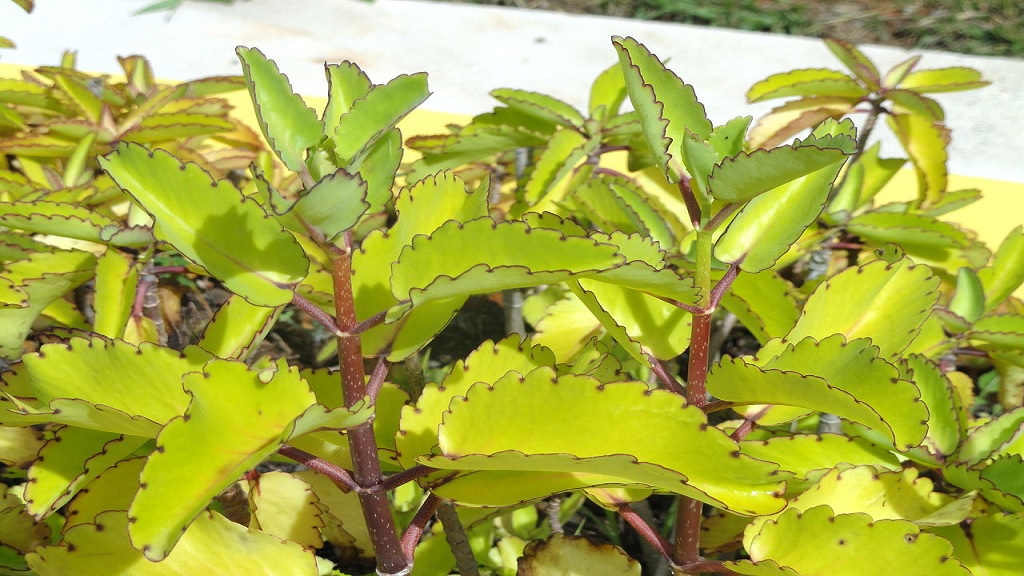 Also known as the miracle leaf, life plant, Goethe plant, the Mexican love plant (scientific name Bryophyllum pinnatum), the leaf of life is a popular house plant that has been linked to numerous health benefits.

The plant is native to Madagascar but is grown in most tropical areas where it is widely used as a herbal remedy to treat respiratory conditions such as asthma, colds, coughs, shortness of breath and bronchitis. It is usually consumed as tea, blended in juices or eaten raw.

The leaf of life is also said to be a great treatment for kidney stones. Science seems to be just catching up to this remedy as a 2014 study revealed that rats given a treatment containing the plant extracts were less likely to develop kidney stones. Those rats given the treatment had reduced levels of urine oxalates, typically what cause kidney stones.

Recent studies have also been conducted that show that the leaf of life may be beneficial for women who are pregnant. A study conducted on pregnant women suffering from sleep disorder were given 350 mg tablets that contained the plant extract.

At the end of the study, the women reported experiencing fewer wake-ups and an improved quality of sleep. In this study, no adverse effects were reported on either mother or fetus.

Studies conducted on rats also suggest that Bryophyllum pinnatum may support anti-diabetic activity. In a 2008 study, diabetic rats were given dosages of either 200, 400, or 800 mg per kg body weight per day. All dosages were shown to be effective in lowering blood sugar in the diabetic rats, and the treatment also reduced the levels of triglycerides.

In a 2014 study, the same results were garnered.

The leaf of life reportedly also has anti-microbial compounds that benefit the skin and has been used to treat minor injuries. Applying a poultice to injuries helps to ease pain, promote faster healing, and prevent infection, according to numerous studies.

Botanical Roots: Why you should eat cashew

Botanical Roots: Why you should eat string beans