Breast implants tied to rare cancer to remain on US market 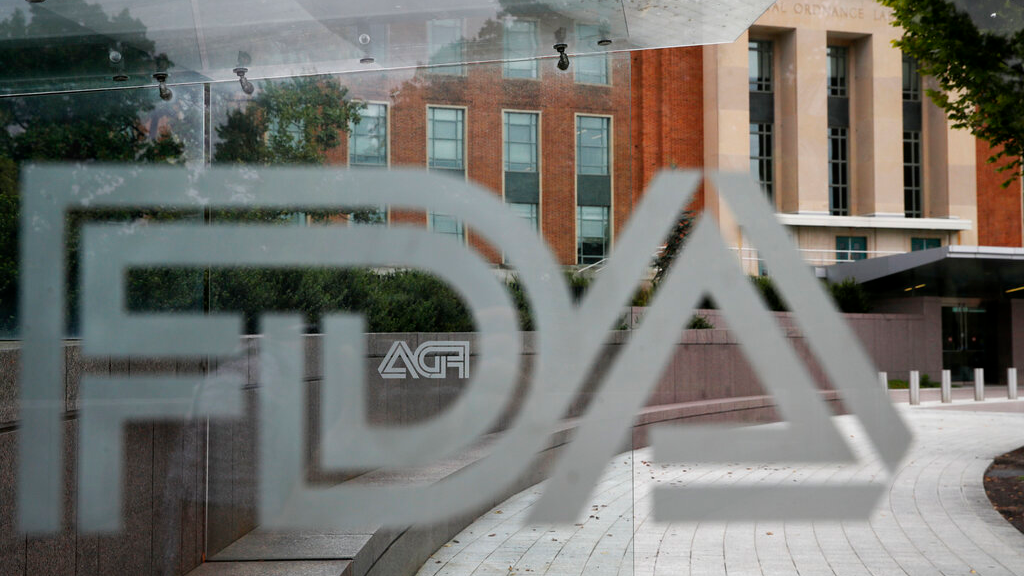 FILE - This Thursday, Aug. 2, 2018, file photo shows the U.S. Food and Drug Administration building behind FDA logos at a bus stop on the agency’s campus in Silver Spring, Md. The FDA said Thursday, May 2, 2019, that a type of breast implant linked to a rare form of cancer will be allowed to stay on the market. (AP Photo/Jacquelyn Martin, File)

U.S. health authorities will allow a type of breast implant linked to a rare form of cancer to stay on the market, saying its risks do not warrant a national ban.

But the Food and Drug Administration said Thursday it is considering bold warnings for the implants and requiring stricter reporting of problems by manufacturers. The announcement is the latest in the government's decades-long effort to manage implant risks and complications that can include scarring, pain, swelling and rupture.

In recent years, the FDA and other regulators around the world have grappled with the recently confirmed link to a rare cancer and the thousands of unconfirmed complaints of other health problems that women attribute to the implants, including arthritis, fatigue and muscle pain.

FDA regulators said in a statement that while they don't have definitive evidence that implants cause those chronic ailments, women considering implants "should be aware of these risks." To that end, the agency said it will consider adding a boxed warning — its most serious type — to breast implants and a checklist describing various potential harms for patients considering them.

Earlier this month, French authorities issued a rare ban of breast implants associated with a form of lymphoma, including those sold by manufacturer Allergan. The FDA's director for medical devices said the agency wasn't ready to take that step.

"At this time, the FDA does not believe that, on the basis of all available data and information, the device meets the banning standard," Dr. Jeffrey Shuren said in a statement.

The cancer tied to implants is not breast cancer but lymphoma that grows in the scar tissue surrounding the breasts. Almost all confirmed cases involve a type of textured implant designed to prevent slippage and to minimize scar tissue.

Shuren said that variety accounts for less than 10% of the U.S. market, which is primarily smooth implants. He noted there have been cases of the cancer with smooth implants, raising questions about whether multiple factors contribute to the disease.

There have been more than 600 cases of the cancer worldwide, among an estimated 10 million women with implants.

Diana Zuckerman, who has studied breast implant safety, said a ban may not be necessary to phase out textured ones.

"I think a lot of physicians are going to avoid them and patients are going to say they don't want them," said Zuckerman, president of the nonprofit, National Center for Health Research, which evaluates studies and conducts its own research.

Breast augmentation is the most popular form of cosmetic surgery in the U.S., with roughly 300,000 women undergoing the procedure each year. Another 100,000 women receive implants for breast reconstruction after cancer surgery.

In a move to "promote greater public transparency," the FDA also said Thursday that breast implant manufacturers will no longer be permitted to summarize routine injuries and complications in bulk reports. Manufacturers are required to report all serious injuries, malfunctions and deaths related to their devices. But under the FDA's alternative summary reporting program, breast implant makers and other manufacturers could file quarterly updates representing thousands of incidents, most of which were not listed in a public database.

That practice — which the FDA has pledged to phase out — has been criticized for obscuring the true number of incidents reported to regulators. The reports filed to the FDA include submissions from companies, doctors, patients and lawyers that often include incomplete, unverified information and duplicates.

Ahead of a March meeting, the FDA revealed for the first time that it had received more than 350,000 reports related to breast implants over the last decade.

That was roughly seven times the number of reports visible in the agency's publicly searchable database, according to Madris Tomes, a former FDA staffer who founded a company to analyze medical device reports.

"If there's a pattern of more than 300,000 malfunctions and non-serious injuries, those should be available to the public, and let them decide if they're serious." Tomes said.

Bulk reports for other medical devices are permitted under a new program which plans to make them public.

FDA expands use of cervical cancer vaccine up to age 45