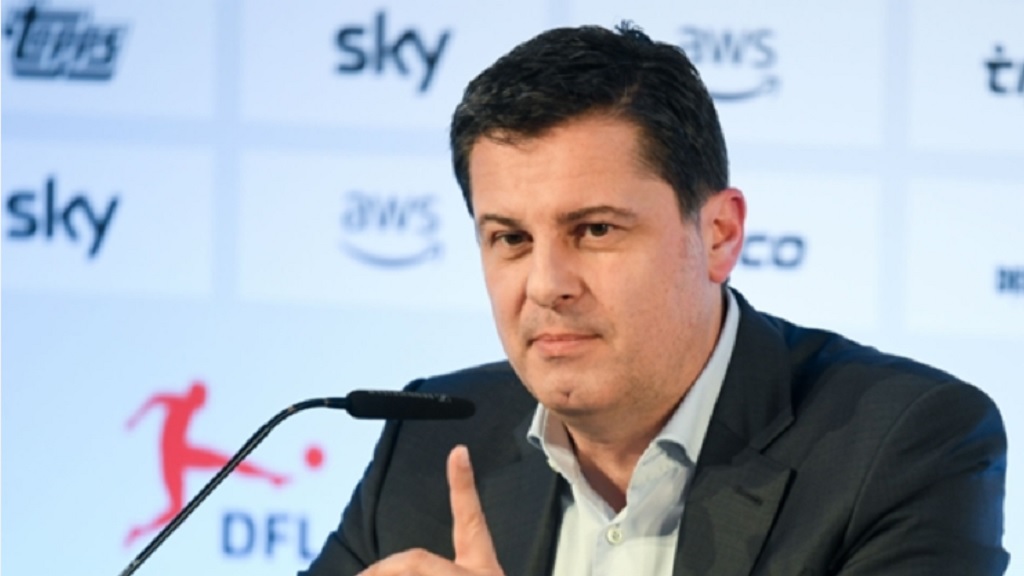 The Bundesliga is aiming to resume in early May with games behind closed doors, German Football League (DFL) chief executive Christian Seifert has revealed.

Germany's top two divisions have been suspended until April 30 due to the coronavirus pandemic.

According to the John Hopkins University, the country has had over 110,000 cases of COVID-19 infection – the fourth-most in Europe – with more than 2,100 deaths.

Seifert confirmed to the New York Times plans are being put in place for the Bundesliga to restart with spectator-free matches next month.

"We are part of the culture in the country, people long to get back a short piece of normal life, and that could mean the Bundesliga plays again," Seifert said.

"The sooner we are finished, the more flexibility we can provide to the European football landscape."

Seifert also suggested that cancelling the season could put five Bundesliga clubs in serious financial trouble, while half the teams in the second tier would be "very much in danger to file for bankruptcy".

Bayern Munich chief executive Herbert Hainer said he expects the pandemic to lead to a significant reduction in transfer fees. Seifert believes a full collapse is on the cards.

"In the short term, I would say the transfer market this summer will not exist, it will collapse," he said.

"Some agents will suddenly understand that they will have to work hard, or at least work; some leagues will understand that money is nothing that is coming automatically every month from heaven."