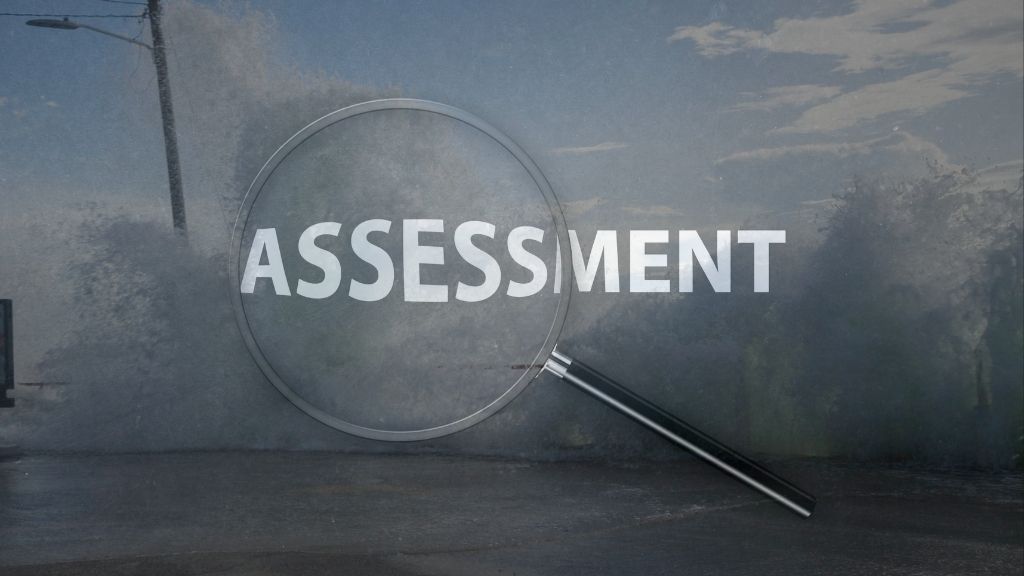 On Tuesday afternoon, 6 October 2020, teams from Government’s Planning and Public Works Departments spread out across Grand Cayman to conduct a rapid damage assessment following the passage of Hurricane Delta.

A total of 12 teams were deployed to quickly evaluate the level of damage that could be seen to Government and other buildings and facilities in each district.

HMCI Director Danielle Coleman indicated that assessors had found little evidence of damage outside of coastal areas. Some widely reported stories of damage came from Cayman Cabana and Grand Old House Restaurants, both of which experienced extensive damage to their decks, due to the high tides.

Mobile technology combined with the ArcGIS software was used to allow team members back at the National Emergency Operations Centre to view information on an electronic map of the Island, as it was being entered by persons in the field.

HMCI had recently trained the Planning, Public Works and members of the Community Emergency Response Teams located in every district, to use the ArcGIS geographical information systems software purchased by HMCI in 2019.

“Going forwards it is our intention to deploy community responders alongside our trained assessors to help provide comprehensive live updates, that will enable decisionmakers back at the National Emergency Operations Centre to act based on an optimal understanding of how a disaster has impacted the community,” Ms Coleman said.

Officials say persons who wish to report any damage to structures that they believe should be noted since the departure of Hurricane Delta from the Cayman Islands area, should contact HMCI at Mark.Codling@gov.ky or tel. 945-4624.

The rapid assessment was limited to Grand Cayman as Cayman Brac and Little Cayman received no impact from the storm.

For details of the Government’s response to Hurricane Delta, and key public information notices, interested persons should visit www.gov.ky.Information on severe weather preparedness is available from www.caymanprepared.gov.ky.