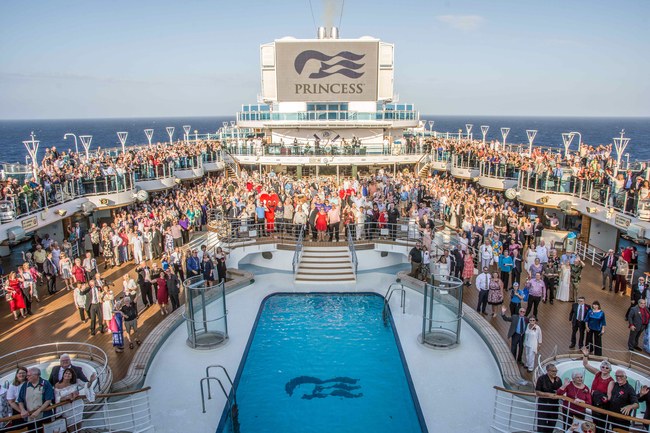 Three Valentine's cruises on the cruise line famous for the Love Boat may have broken the Guinness Book of Records after 1,443 couples took part in the largest multi-location marriage vow renewal across three ships this week, just in time for Valentines.

The Love Boat’s Captain Stubing, actor Gavin MacLeod, officiated with his screen daughter Jill Whelan as the maid of honour on Regal Princess which began in Fort Lauderdale and visited Ocho Rios, Grand Cayman, Cozumel and the cruise line’s private, romantic beach, Princess Cays. The other two Princess Cruises were the Royal Princess and Crown Princess.

Guinness World Record officials were aboard each of the ships for the record which beats the 2016 record of 1,201 couples.

“I can’t think of a better way to celebrate and commemorate a couple’s love than by reaffirming their commitment to one another onboard the Love Boat over Valentine’s Day,” said MacLeod.

Conde Naste ranks Cayman Airways as one of the safest airlines