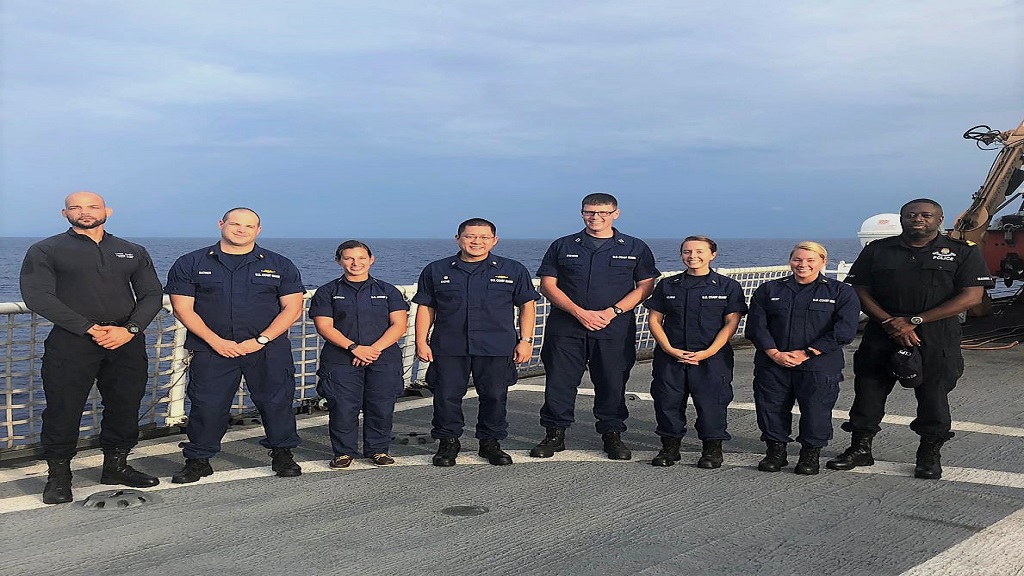 As part of its mission to enhance maritime safety and security, the Cayman Islands Coast Guard (CICG) recently participated in an international joint operation to target illicit maritime activity within the region.

At its conclusion, Operation Rip Tide resulted in the seizure of two maritime vessels, one pier-side seizure, the apprehension of 14 smugglers, one firearm and 91 rounds of ammunition. Border enforcement officials also confiscated a total of US$9,000 and 5,280lbs of marijuana with a street value of US$3.7 million. 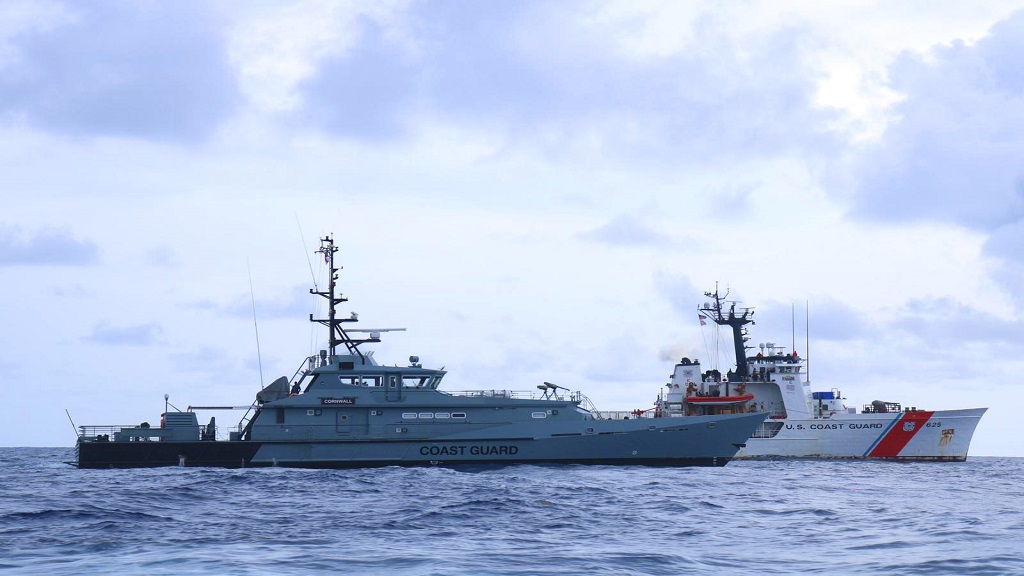 This was first time in more than 10 years that Cayman Islands representatives were deployed on foreign military vessels in support of counter-drug operations.

Lieutenant Commander Anglin said: “This type of joint operation lets us leverage inter-agency partnerships to target maritime smuggling organisations responsible for the illicit trafficking of persons, drugs and weapons, within the region.”

Lieutenant Commander Wenk, the USCG Military Attaché in Jamaica added: “It’s great to see multiple law enforcement agencies/military forces collaborating to strengthen US and Caribbean national security. The United States is committed to working with Jamaica and the Cayman Islands to counter transnational criminal organisations that threaten the safety and stability of Caribbean nations.

"The Cayman Islands have been key contributors in the fight against illicit activity in the maritime domain and remain more than willing to assist Jamaica and the United States in fighting illicit maritime activity in the region.”

Commodore Wemyss-Gorman, Officer in charge of the JDF’s Maritime, Aviation & Cyber Command said: “Collaborations like this go a long way towards strengthening the network of law enforcement agencies against nefarious actors in our maritime space. The JDF is fully committed to the fight and looks forward to future engagements of this type.”

CICG Commander, Robert Scotland concluded: “We would like to thank the JDF and the USCG for extending the opportunity to us to actively participate in Operation Riptide. The experience that was gained and the exchange of professional knowledge will help us build a professional Coast Guard that is respected within the region. We look forward to further participation in Joint training exercises and operational deployments of this kind as they will only server to help with this objective.”