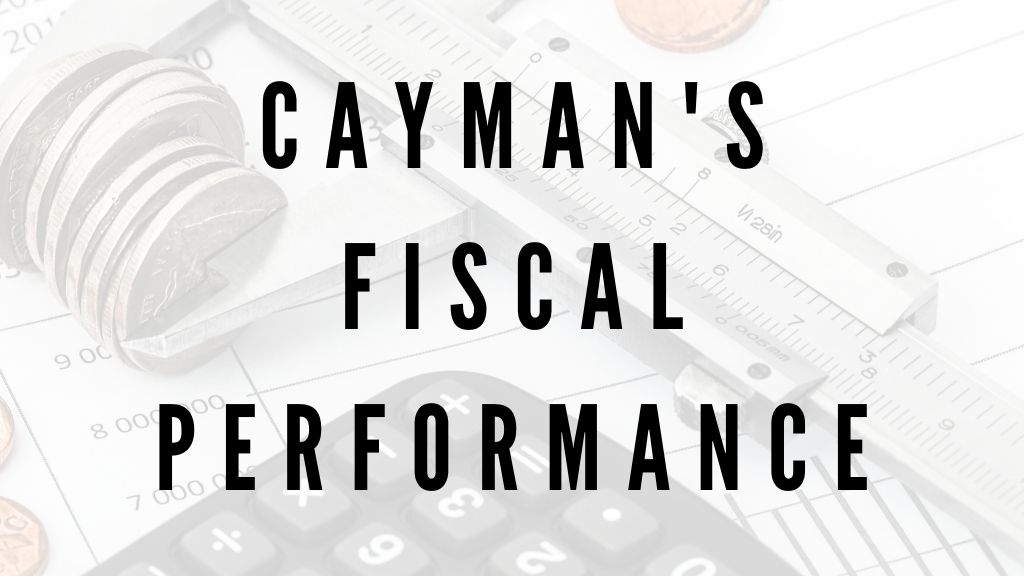 Cayman's Finance Minister, the Honourable Roy McTaggart delivered a statement of hope, despite grim economic prospects for the months and years to come at today's coronavirus press briefing.

According to the minister, "the resilience of these Islands' is astounding. Our ability to rise from the destruction of Hurricane Ivan in 2004 was a testament to the resolve of all residents, especially Caymanians. We can replicate that in 2020! While the challenges are indeed enormous and may seem unsurmountable, I would posit that our actions so far have left us in a strong position and well placed to eradicate COVID-19 from our community."

The minister referred to Cayman as a beacon to the region amidst the COVID-19 crisis. He referred to Moody's latest credit report, published April 13, 2020 in which Caymans' Aa3 rating with a stable outlook, was maintained, amidst this economic uncertainty. Moody's noted that "prudent government planning has left the islands with fiscal space to deal with the economic impact of the coronavirus pandemic."

That said, depending on the outcome of the stimulus measures implemented and the timing of the opening of Cayman's borders to tourism, the Economics and Statistics Office estimates that Cayman's Revenues could contract to between $632 million to $649 million for the year. If this holds true, this would represent a decline in revenues of between $211 million and $227 million for the year or 24 per cent to 26 per cent. With the increased spending required to manage the COVID-19 crisis, the government could be faced with a deficit of $250 million this year.

In light of the significant deterioration in governments’ fiscal performance and in order to give the country the financial security and build the resilience that it needs, Cabinet last week authorized the Ministry of Finance to issue a Request for Proposal for the establishment of a Standby Line of Credit in the amount of $500 million for a period of 18-months. This line of credit will be utilized, or drawn down, only if Cayman finds itself in the unfortunate position of having exhausted all of the cash reserves available to it.

Legislative Assembly and Foreign and Commonwealth Office approval would be required if and when Cayman needs to draw down on the Line of Credit. The Ministry of Finance anticipates that the Request for Proposal will be issued sometime within the next week and will be posted on the Governments Bonfire Procurement Portal.

Because of the continued strong performance of the economy through the majority of the first quarter of 2020, the quarterly financial report for the three months ended March 31, 2020  gave very little foresight into the financial disaster that unfolded in April, and will continue to play out in the months ahead.

Contrast that with the results for the three months ended March 31, 2020 where:

Cayman burned through $38.5 million of its cash reserves.

Minister McTaggart has promised a more detailed and complete picture to share with the public once the Ministry of Finance completes its exercise to re-forecast the 2020 budget. At the present time, however, the ministry believes that the earliest Cayman can reasonably expect to return to a fiscal surplus will be in 2022.

In closing, Minister McTaggart quoted one of the region's best-known economists, Marla Dukharan of Barbados, who notes that "The sudden-stop will affect both fiscal and external accounts, and the countries best positioned to mitigate these impacts are those that have built buffers, giving them the space to implement counter-cyclical policy through fiscal and monetary stimulus.”

Minister McTaggart reaffirmed that The Cayman Islands is one of those countries that has built such buffers, "and we will answer that call as we managed prudently during the last few years, and we will respond with targeted economic stimulus measures when its safe to do so. Let's take one step at a time; our focus at the outset is preserving the life, health and wellbeing of our people, take care of taking care of those who are most vulnerable, preserving jobs, and supporting our private sector."

"Cayman, I reaffirm my government’s commitment to do all that is humanly possible to address our economic fundamentals and get these islands up and running again," he said. "We, as the government, will continue to be prudent while seeking out the best ways to impact the lives of our citizens in the most positive ways."

Cayman: Stimulus plan could improve GDP contraction from 11.4% to 7.3%