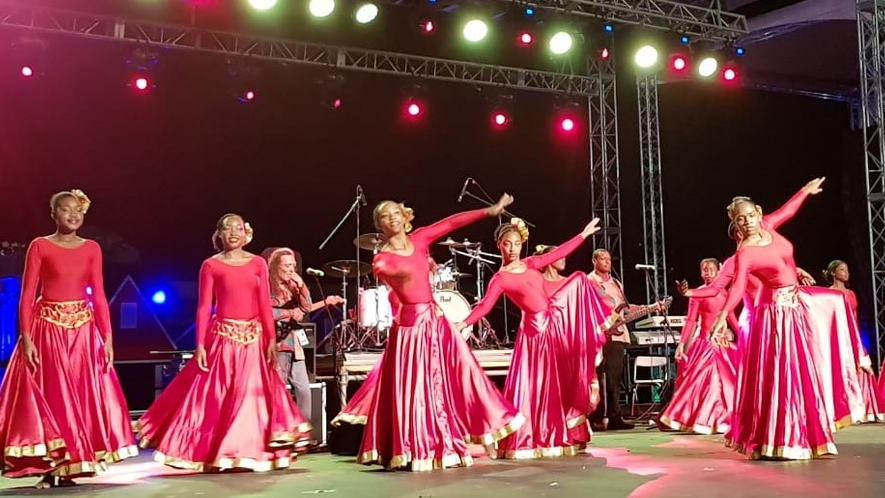 The Cayman Islands is making more of an effort to be more involved in the Caribbean.

Dwayne Seymour, Minister of Health, Environment, Culture and Housing, said that is the reason they fielded the largest contingent in the island’s history for Carifesta.

“When I got in as Minister I heard about Carifesta and when I heard what it was about I said look man we need to do more. The Cayman Islands need to get more involved in the Caribbean, in the region in all its cultural aspects so we can show our talents to the world,” he told Loop during the island’s Country Night presentation.

Seymour likened Carifesta to the Carifta Games which were held in the Cayman Islands in April which contributed to an increase in increase in visitor arrivals for that month.

“Look at what Carifta has done for the Caribbean, it’s the number one youth event in the world and almost every Carifta breeds a new champion for the world so I would love to see the same thing from Carifesta that we take this talent and expose it to the world so we could invite the Canadas, the United States, the Latin American countries to come and see what we have. That transcends to people visiting our countries and expanding our tourism, we just can’t keep it for ourselves,” he said, advocating for an annual Carifesta.

Addressing the audience before his delegation's performance, Seymour spoke about the Cayman Islands’ impending Cultural Policy.

He said it has already been completed and is expected to be rolled out in the next few months.

A Cultural Supernova: Carifesta XIV hailed as a success