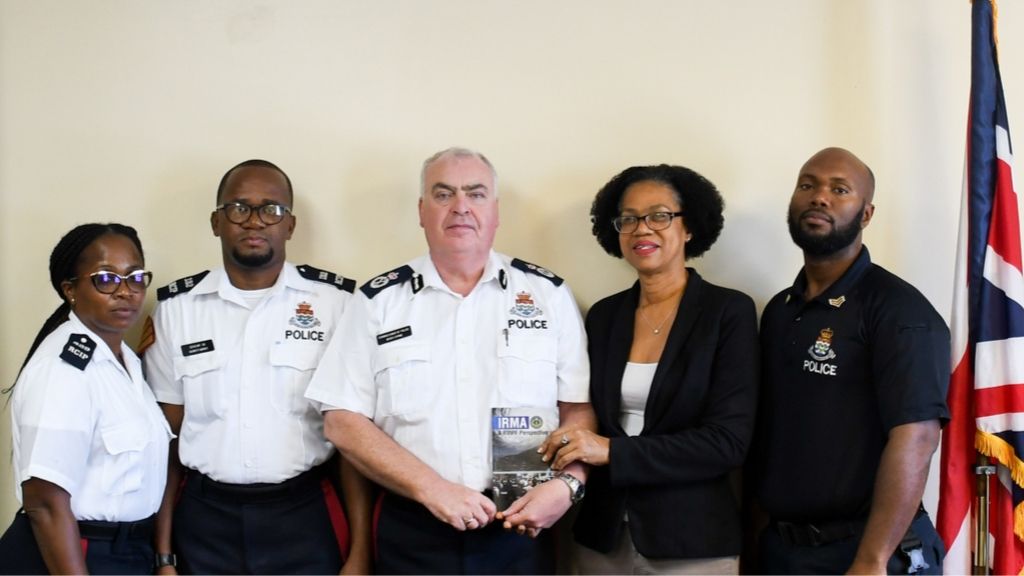 Commissioner of Police Derek Byrne has been presented with direct accounts of the actions of officers from the RCIPS, in the aftermath of Hurricane Irma in the British Virgin Islands in 2017. These can be found in the Royal Virgin Islands Police Force book, "Irma, a RVIPF Perspective" by its author, the Force’s Information Officer, Diane Leonard-Drayton, on behalf of RVIPF Police Commissioner, Michael Matthews.

The book features accounts from law enforcement officers who had to flee fully or partially collapsed buildings and police stations during the hurricane to response to calls for help from persons trapped in homes and buildings, help transport the injured to hospitals, and tackle the issue of looting and a total prison breach even before seeing to the welfare of their own families and personal property.

While accounts are mainly from officers of the RVIPF, included are accounts from the British Marines, and officers from Britain, Bermuda and the RCIPS who provided the needed help. One of the chapters gave a perspective from Police Sergeant Peter Maragh, the RCIPS officer who was deputy commander of the third deployment from Cayman to the BVI.

“It really gave us a sense of hope, after having gone through this disaster, to have people from our sister territories arrive ready and able to assist us,” Ms. Drayton said.

“I am honoured to receive this book, and even more honoured that our officers were able to be a part of it, and, more importantly, able to provide our help to the BVI during that critical time,” said Commissioner Byrne. “The feedback received is that our officers performed their duties with great professionalism, working long hours in difficult conditions with local officers and other relief agencies. I am also quite happy to see the great progress BVI has made in recovering since the hurricane struck.”

CAL flights from Jamaica to Cayman Islands begin in December