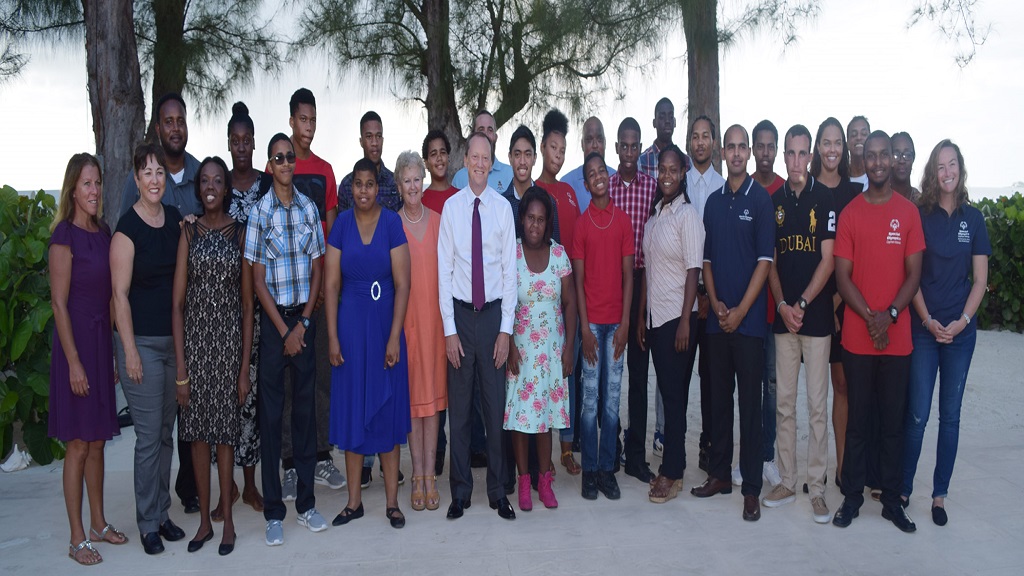 A delegation of Cayman Special Olympics coaches and officials were treated to a very special outdoor reception hosted by His Excellency the Governor, Mr. Martyn Roper.

The delegation attended the afternoon tea reception at Government House on Monday ahead of the 2019 Special Olympics World Summer Games in Abu Dhabi and Dubai, March 14-21.

The squad leaves today and will represent the Cayman Islands in athletics, basketball, bocce and swimming. Welcoming the delegation to his official residence, the Governor beamed: “I am delighted to host at Government House the Cayman Islands team attending the Special Olympics in Abu Dhabi. I wanted to have an opportunity to send you my best wishes and wish you every success.

“It is a pleasure to meet you all and to hear about your aspirations. The most successful societies are ones that make the most of all diverse talents, skills and experiences of its citizens and our athletes attending the Games have so much to contribute to our society. I thank everyone involved in giving them this opportunity.”

If you want to follow the heroics, the Governor will be covering some of the squad’s activities on his social media accounts:

SOCI Chairman Adrian Lynch thanked the Governor for his words of encouragement on behalf of the delegation. He pointed out that this was the 50th anniversary of the Special Olympics and the 30th anniversary of SOCI.

He added: “The squad was very successful at the Los Angeles Games four years ago and we want to build on that marvellous momentum. Everyone going this Thursday is strongly committed to doing the best that they can do at the Summer Games and doing the Cayman Islands proud.

"The squad also wants to do well in memory of SOCI stalwart and swim coach Penny McDowall.”

For basketball forward and the delegation’s oldest member, Andrew Smilley, 29, the Summer Games will be his sixth time representing Cayman at the Special Olympics. He said: “I’m looking forward to doing my best and working hard with my team. We will give each match 100 per cent and appreciate all the support and encouragement we’re receiving from everyone here at home.”

Farah could get back on track at Tokyo Olympics

Kemoy Campbell rushed to hospital after collapsing at Millrose Games