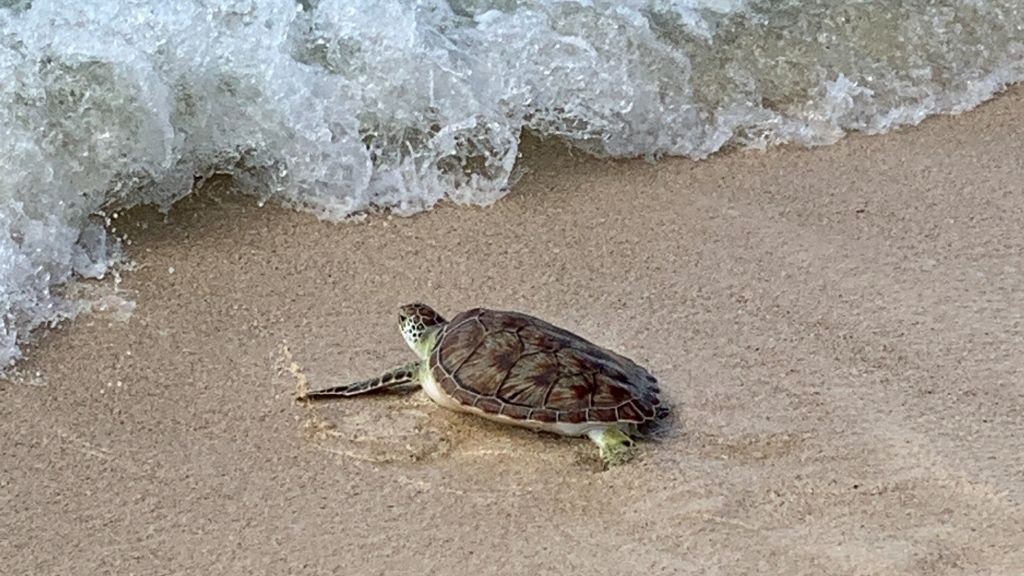 Cayman Turtle Conservation and Education Centre will be celebrating World Sea Turtle Day by releasing a total of 10 yearling turtles into the sea.

Five of the turtles will be released on June 16 (World Sea Turtle Day) and another five two days later on June 18.

“It is a great way to celebrate this special day," said Dr Walter Mustin, Cayman Turtle Centre’s Chief Research and Conservation Officer. "The young turtles being released are known as ‘head-started,’ sea turtles, because they have been given a ‘head-start,’ in life, by being hatched and raised in the safe, protected environment of the Centre, and released at a size that gives them a better chance of survival.”

Head-starting at around one-year-old is a scientifically proven way of boosting this endangered species’ wild populations. During this critically important first year of life, the Green sea turtle has already grown a considerable amount and can already outswim most predators. In the wild, it is estimated that about one in a thousand of hatchlings, or baby sea turtles, that make their way from the nest-site to the beach survive into adulthood. Recent data on the incidence of plastics ingestion by wild turtles of all sizes suggests that survival is likely fewer than one in one thousand.

The Centre has been releasing turtles consistently ever year and to-date has released more than 32,000 of its captive-bred Green sea turtles into the wild. Independent research (such as a scientific study recently published by the University of Barcelona) has shown that these conservation efforts have paid off, and that these releases are responsible for bringing back this endangered species from the brink of extinction in and around Cayman.

These turtle releases have been shown to be the cause of a greater-than tenfold increase in the number of nesting Green sea turtles around Grand Cayman’s shores over the last 20 years. In addition, nine out of every ten of the breeding turtles in the wild around Cayman have shown through DNA that they are genetically related to the breeder turtles at the Centre.

This year, even with the necessary precautions surrounding COVID-19, Cayman Turtle Conservation and Education Centre’s Animal Care Team is still hard at work. The World Sea Turtle Day releases will be live-streamed on Facebook for all to see.

Members of the public are invited to get involved by sponsoring and naming one of the turtles that will be released. Details of this opportunity can be found on the dedicated website at www.caymanturtles.ky. You can adopt, donate and sponsor a turtle online to help support the Centre and its conservation efforts.

“World Sea Turtle Day is a notable occasion for us as a nation and it is also a great opportunity to come together and show the world that we are unified in our efforts to conserve the wild green sea turtle population," said Cayman Turtle Centre’s CEO, Mr Tim Adam.  "Releases such as these are only one of our multifaceted approaches in ensuring that these magnificent animals not only survive but thrive.  By educating residents and more than a quarter-of-a-million visitors every year about how important an ecological keystone species these turtles are, and by showing them ways they can help support turtle conservation, we are ensuring that future generations of informed supporters will continue to value and protect not only turtles, but their ocean habitat and other wildlife and natural ecosystems the world over.”

Watch: Endangered Green Turtle returns to the sea after injury