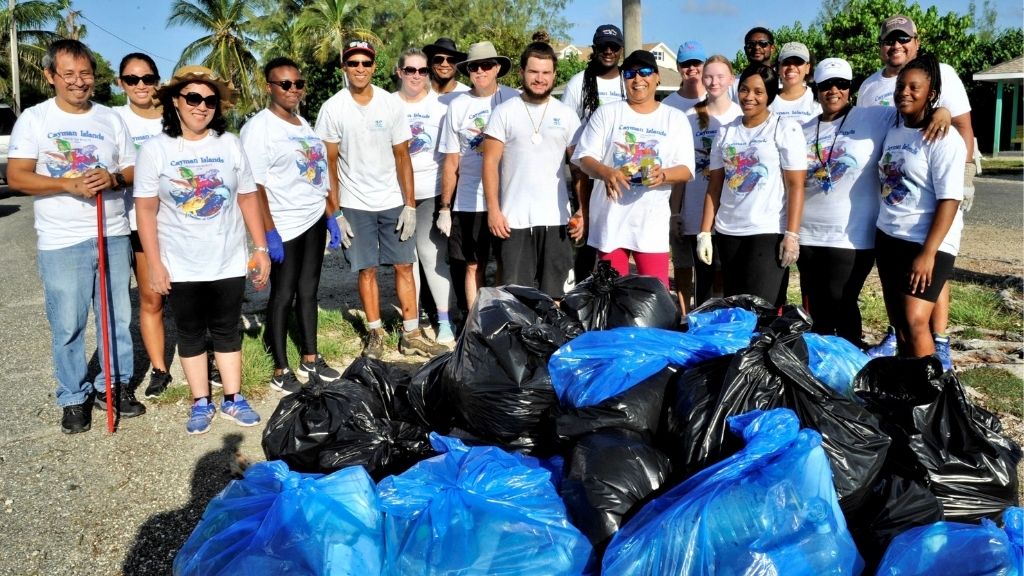 On Friday September 18, Cayman Turtle Centre crew members gathered at West Bay Public Beach to send off two Green sea turtles that had been raised at the Centre into the wild.

Shona McGill, the Centre’s Education Officer, shared with the group why turtles are so important to the marine ecosystem.

“There is a big reason why these guys are important to the wild. They act like the lawnmowers of the ocean, controlling seagrass. So, the more turtles we have in the wild, the healthier our coral reefs will be,” Ms McGill said.

Guests watched as the two yearling turtles, aged two and three years old, made their way down the beach to begin their new life in the Caribbean Sea.

The turtles released were part of the Centre’s ‘head-starting’ programme, meaning that they had been raised at the Centre for the early years of their lives to give them a head start, allowing them to grow to a size that will protect them against predators in the wild. At this size, the only thing that can hurt them will be large sharks, and other large predators.

“But there is something else out there that really affects sea turtles in the wild,” Ms McGill explained.

“Plastics and trash in the sea are really the biggest danger; all seven species of sea turtles have been found to have plastics in their system. That is a very sad fact because it makes them very sick, very quickly. So, what I encourage people to do is to pick up three pieces of trash or plastic a day. Just that small daily effort can lead to a big impact in protecting our environment.”

On Saturday September 19, as part of the Cayman Islands Chamber of Commerce’s annual clean up, more than 20 volunteers from Cayman Turtle Centre headed out in just after sunrise to clean up Garvin Park in West Bay.

“It is very important that we take care of our coastline by removing the trash and debris that is near the shore, particularly to avoid it getting washed back into the sea but also to avoid it causing problems on land to a whole variety of creatures. Our passion is sea turtles, which are iconic species, but they can be harmed very much by any floating debris or any debris even on the sea floor.”

“The reason why we are here is because we want to give back to the community and we want to make this a really enjoyable place to visit because it is really beautiful,” Ms Hamilton said.

“We wanted to clean up somewhere not a lot of people know about, so that the trash doesn’t build up,” Jenna added.