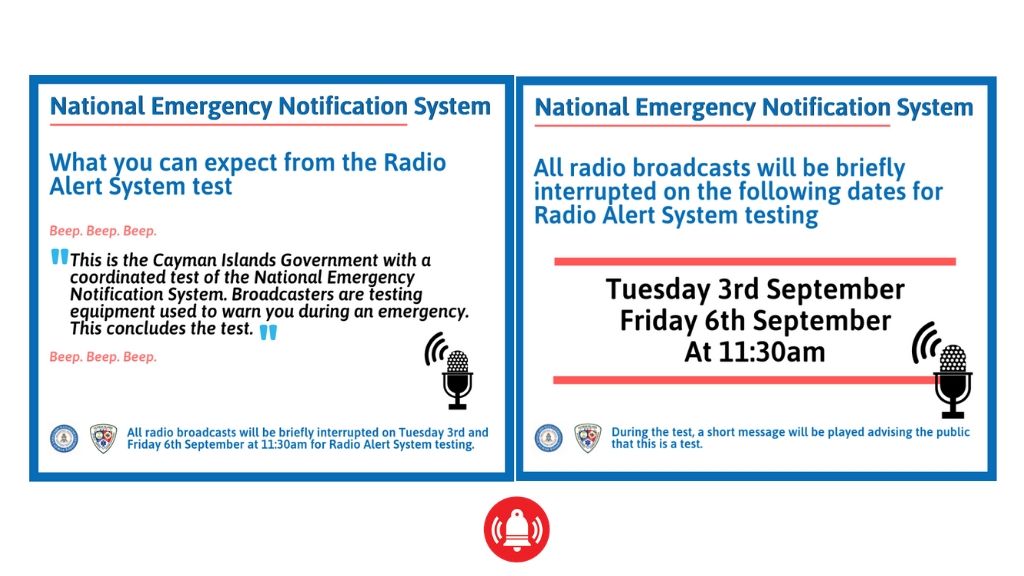 What is the National Emergency Notification System (NENS)?

It is a system for getting public safety messages to as wide an audience as possible in the Cayman Islands in an efficient and timely manner.

Why is it needed?

The Cayman Islands is vulnerable to natural hazards such as hurricanes, earthquakes, tsunamis and floods, as well as threats from incidents such as transportation accidents, chemical spills and fires. In certain circumstances, public safety can be improved through the prompt issuance of information to residents about threats and recommended response actions.

Is it required by Law?

Yes, The Disaster Preparedness and Hazard Management Law (2019 Revision) states: There shall be established a National Emergency Notification System (NENS) for the Islands operated under the supervision of the Director (Of Hazard Management Cayman Islands). The National Emergency Notification System shall enable the Government to broadcast emergency announcements to the public on such frequency or in such manner as is specified in a memorandum of understanding between the Government and a person who is licensed to operate an ICT Network under the Information and Communications Technology Authority Law (2019 Revision).

What does the Law state about who is authorized to initiate a National Emergency Notification?

Can other Departments or Agencies use the National Emergency Notification System?

Phase I of the NENS is a partnership between the Ministry of Financial Services and Home Affairs, Hazard Management Cayman Islands (HMCI), the Department of Public Safety Communications (DPSC), the Utility Regulation and Competition Office (OfReg) and local radio operators. Equipment has been purchased and installed by Government to enable an emergency message to be simultaneously distributed across all radio stations in the Cayman Islands.

Where are we at with Phase 1?

It is ready to launch! The first public test will take place on August 30th, the second test September 3rd and third test on September 6th (same time for all tests - 11:30 am). The first test will consist of an attention signal tone only. While the 2nd and 3rd test will include an attention signal tone as well as a text to speech test broadcast message that is estimated to last about twenty 20 seconds. The alerts can be issued remotely without any action being taken by radio operations. Very simply the radio programming is interrupted for the duration of the short alert message.

What does Government expect of the Radio Operators?

Licensed radio operators in the Cayman Islands will sign a MOU with Government as a stipulation of their license agreement under the ICTA Law (2019 Revision) and in accordance with the Disaster Preparedness and Hazard Management Law (2019 revision), that is about all they need to do other than occasionally allowing technicians to check that the equipment is working and replacing parts if necessary.

Is Phase 1 going to be effective?

Government of course recognizes that residents are not always tuned into the radio, but it is an important first step, and the Cayman Islands will be one of the first countries in the Caribbean to have a National Alert System in place. Radio is also a very important communications vehicle in the aftermath of a disaster, especially if there is an extended power outage. Radio stations can typically get signals out to the public using a generator if they have to, ensuring that residents will still receive critical messages even with a battery operated radio. It also provides a cost effective solution and is robust.

Where do we go from here?

HMCI and its partners are appreciative of the support and commitment shown by the radio stations for Phase 1 and hopefully the test will be a success. Government has already laid the ground work for the next phase of the NENS which will include placing crawling text across cable television channels. Also, an emergency app is planned whereby residents who sign up for the app will receive emergency messages to their smart phones. All these different mechanisms to deliver emergency alerts will originate from a single dashboard – in other words a single message can be sent simultaneously across multiple channels – such as the radio, cable television and to the emergency app.

State of emergency in Florida, Dorian may grow to category 3 hurricane