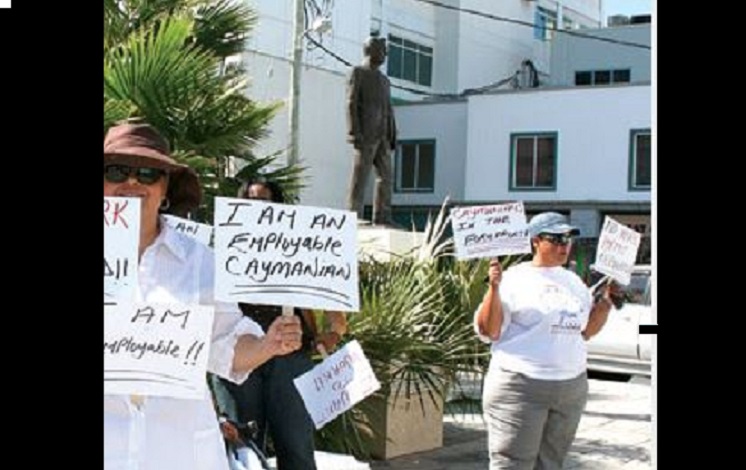 The country’s unemployment rate at spring 2018 was 3.4 per cent according to an estimate from the latest Labour Force Survey (LFS).

This is 0.7 percentage points lower than the figure for the corresponding period in 2017.

The latest estimate is the lowest unemployment rate for Island since Spring 2007 when it hit 3.0%.

In sharing the findings in the Legislative Assembly on Wednesday Finance Minister Roy McTaggart thanked the local business community, including the small businesses who he said contribute approximately 25 percent to total employment.

“The results of the Labour Force Survey Report Spring 2018 show the continued strength of the local economy, in particular the private sector which employs the majority of the labour force,” said McTaggart.

McTaggart also noted that the number of unemployed persons fell across all groups, and over half of the total decline or 56 percent is traced to Caymanians.

He further added that unemployment among Caymanians fell by 159 persons (or 12.4%) compared to Spring 2017.

The fall in unemployment rate occurred amidst a rise in the total labour force by 1.5% to reach 44,213 persons.

The unemployed labour force was estimated at 1,496 persons, a decline of 16.0% from the level in the same period a year ago.

The Caymanian labour force reached 20,960 which represents an increase of 2.4%. Total employment among Caymanians was estimated at 19,842 reflecting a growth rate of 3.4% over the Spring 2017 estimate.

The number of unemployed Caymanians declined by 12.4% to settle at 1,118 persons, resulting in an unemployment rate of 5.3%.

The latter is the lowest since Spring 2007 and is significantly below the 6.2% estimated in Spring 2017.

The Non-Caymanian population is estimated at 22,295, lower by 4.0% relative to estimated population as of June 2017.