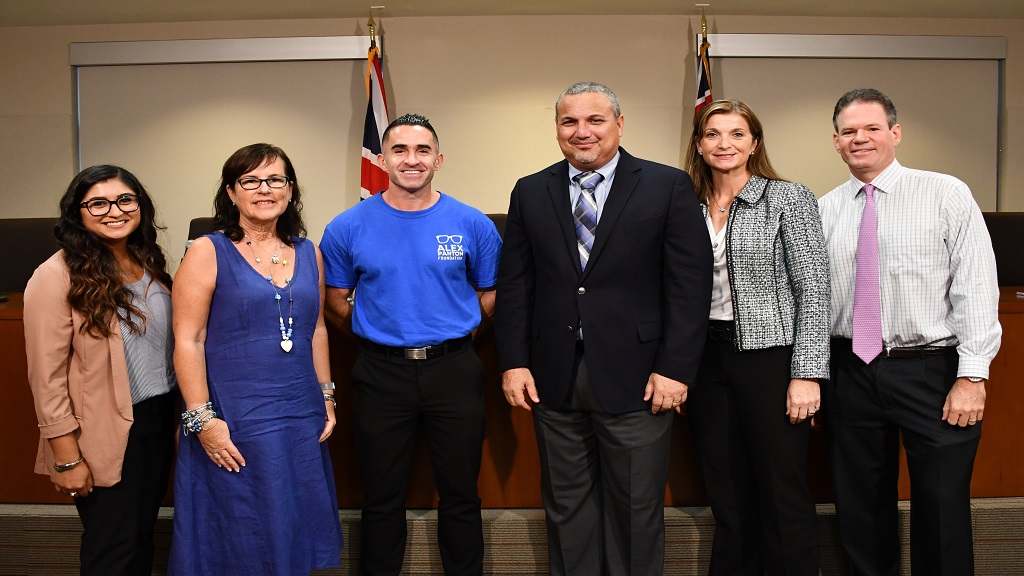 The Deputy Governor’s 5K Challenge is celebrating its sixth anniversary by selecting three deserving causes to benefit from this year's event, which will take place in September.

With a focus on stepping up to the mantle to support the most vulnerable and reduce stigma, the beneficiaries this year will be: the Cayman Islands Crisis Centre (CICC), the Special Needs Foundation Cayman (SNFC) and the Alex Panton Foundation.

Deputy Governor, Hon. Franz Manderson personally leads the DG’s 5K Challenge. He says supporting this year’s charitable organisations will make a real impact on many of the most vulnerable people in the Cayman Islands.

He added: “2019’s charities do sterling work tackling the stigma of mental illness, supporting the challenges of living with special needs and assisting those in crisis. Looking after all aspects of our health – mental and physical – is really important to me. So I encourage you all to support the 2019 DG’s 5K, lace up your trainers and get moving!”

This year's event has a fund-raising target of $70,000. Efforts are already underway to reach this ambitious goal, thanks to platinum sponsor Appleby, which has generously pledged a $15,000 donation.

The DG’s 5K Challenge brings together civil servants, private sector employees and members of the public in a fitness and fundraising challenge. It is part of Deputy Gov Manderson’s vision to have a healthier, more active and more socially engaged civil service, while benefitting charitable organisations and initiatives in the Cayman Islands.

Last year, the event raised $89,000 which was split among five charitable causes. In 2017, $85,000 was raised to build a ropes challenge course for the YMCA of the Cayman Islands.

In 2016, the event netted $60,000 to help Cayman Heart Fund buy an ambulance, which was gifted to the Health Services Authority. In 2015, Special Olympics Cayman Islands was awarded $50,000 to help athletes attend the Special Olympic Games in Los Angeles the following summer. In 2014, the inaugural DG’s 5K Challenge raised $12,500 for Cayman Hospice Care (now known as Jasmine) towards its new premises on West Bay Road.

The DG’s 5K Challenge raises money through a combination of corporate sponsorship pledges and the registration fees of participants in the event.

The walk/run will be held on the following dates this year:

Due to seasonal accommodation closures, unfortunately this year’s event won't take place on Little Cayman. But it is hoped to reinstate the event on all three Cayman Islands for 2020.

Prospective participants can register on the CaymanActive website www.caymanactive.com/dg5k from the beginning of June. Companies interested in sponsoring the DG’s 5K Challenge, or anyone interested in making a donation, can contact Fundraising Subcommittee Chairwoman, Nancy Barnard at SupportDG5k@gov.ky.

Cayman’s first ever Billfish Rundown awards over $260,000 in prizes