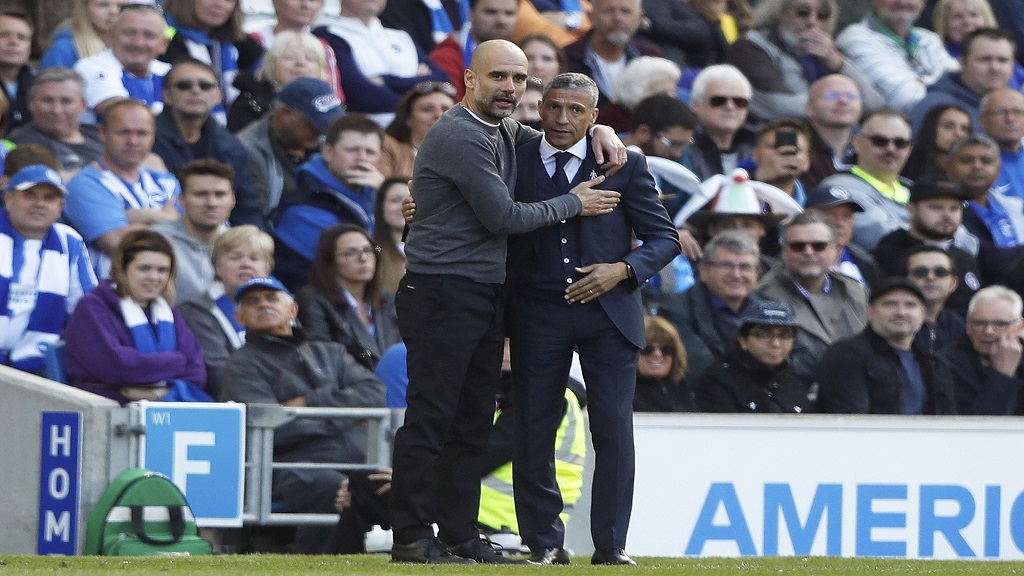 Chris Hughton has been sacked by Brighton and Hove Albion, the Premier League club have confirmed.

Hughton led the Seagulls to their first ever promotion to the Premier League, then kept them in the top flight two years running, but poor form in the second half of 2018-19 cost him his job a day after the season's conclusion.

Brighton finished 17th in the table after a 4-1 defeat at home to Manchester City on Sunday, a result that confirmed Pep Guardiola's side's successful defence of their title.

Chairman Tony Bloom confirmed Hughton's departure was down to a series of results that saw Brighton end the campaign without a win in their last 10 games in all competitions. Hughton's number two Paul Trollope and his first-team coach Paul Nevin will also be leaving the Amex Stadium and the search for Hughton's successor is already under way.

"Chris has done an excellent job over the past four and a half years," Bloom told the club's official website.

"First stabilising our club, reaching the play-offs in his first full season, securing our first ever promotion to the Premier League, and retaining our status in two successive seasons.

"Undoubtedly, this has been one of the most difficult decisions I have had to make as chairman of Brighton and Hove Albion, but ultimately one I have made due to how we struggled in the second half of the season.

"Our run of three wins from 23 Premier League matches put our status at significant risk. It is with that in mind, and the performances during that period, that I now feel it's the right time for a change.

"Chris will always be very fondly remembered by Albion staff and fans as one of our club's finest and most-respected managers.

"I would like to wish Chris, Paul and Paul – who have all worked extremely hard throughout their time here – every success for the future, and thank them on behalf of everyone at the club.

"They will always be welcome at the Amex, and will be remembered here with great affection."

Brighton also reached the semi-finals of the FA Cup, losing 1-0 to City at Wembley.

It's only pain! Klopp hopes Liverpool trio can return