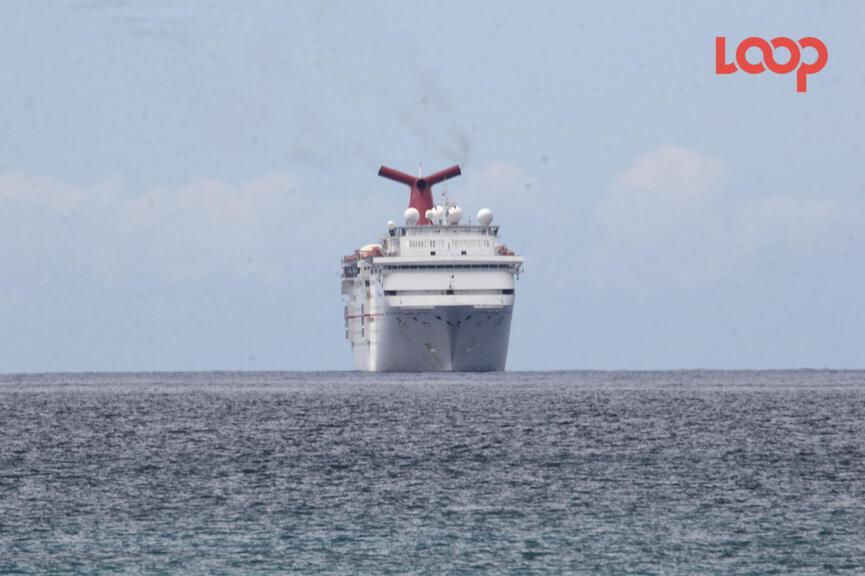 The Carnival Fascination is docked off the shores of Barbados as Ministry of Health official prepare to conduct testing for the coronavirus.

Following a  “scurrilous rumour” about an outbreak of the coronavirus on board the Carnival Fascination infecting over 170 passengers, Prime Minister Mia Mottley held an emergency press conference this morning to refute reports.

The ship was originally to dock in Castries, St Lucia this morning but was denied entry by the port after three suspected cases of the coronavirus came to light. At present, St Lucia is unable to conduct test for the coronavirus.

Prime Minister Mottley informed the media that two of the passengers tested positive for Influenza A, according to the Medical Declaration Forms received from cruise ship officials following testing conducted earlier today. She said the Barbadian Ministry of Health will be conducting tests on the third person, a 48-year-old crew member, who was initially diagnosed with Influenza A as well. A subsequent test was conducted on the same crew member and the diagnosis was revealed to be laryngitis.

She indicated that the General Secretary of the Barbados Worker’s Union (BWU) Toni Moore and officials from the Barbados Port officials and the Ministry of Health have been informed.

The Ministry of Health will conduct further testing on board the cruise ship and the results of the tests will be available after four hours, around 5pm today.

Mottley also stated government will not be taking any chances as it faces the viral threat which has claimed the lives of thousands. Quarantine stations have been established at the Elaine Scantlebury Centre in St Lucy and the Barbados Defense Force (BDF) field hospital at the Garrison, St Michael and a facility at Paragon, Christ Church. The quarantine station at the Garrison can host up to 40 individuals.

“We will not take chances with our population. We have a duty to protect its health and well being. . . Once the ship comes into harbour, the medical official will embark the ship and they will take the swabs and allow them to go be tested. We will ask the passengers to remain on board the ship during the period of time of testing but we have every confidence that once it comes back there will be no issues. In the event that it is plausible then we have a duty to quarantine the Barbadian passengers from off the ship,” she emphasized.

The cruise ship boasts of 2000 passengers, 37 of which are Barbadian and 900 staff members. It docked in Barbados just after noon today according to Prime Minister Mottley and is set to depart at 9 pm on Friday, February 28.

CARPHA working on establishing a treatment protocol for coronavirus