Cuba challenges US to provide proof of Venezuela charges 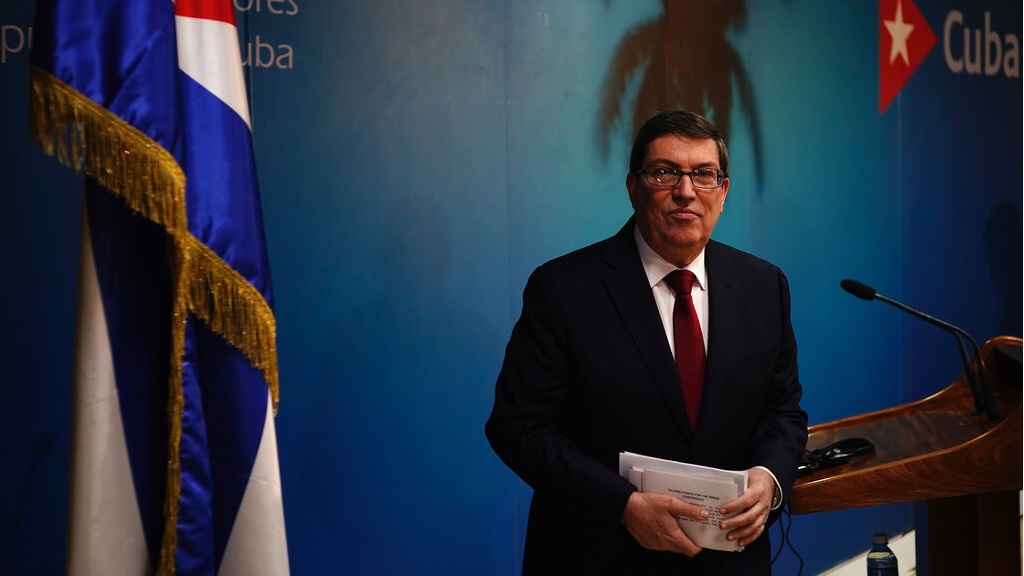 Cuba challenged the Trump administration Thursday to back up its allegations that the communist government has embedded troops and intelligence agents throughout the administration of Venezuelan President Nicolás Maduro.

At a news conference, Foreign Minister Bruno Rodríguez called the U.S. national security adviser, John Bolton, a "pathological liar" for saying that some 20,000 Cubans in Venezuela are providing security support for Maduro. Rodriguez said those Cubans are mostly medical workers.

He also criticized what he said was a classified document circulated among U.S. embassies in the region containing talking points on Cuba and Venezuela.

"That State Department memorandum says Cuban special forces were deployed to the border between Colombia and Venezuela to engage in provocative military exercises. That's a lie. I invite them to provide evidence," Rodriguez said. "The infamous document says tens of thousands of Cubans in Venezuela have infiltrated the institutions and services of that country. I invite them to provide proof."

Rodriguez said Cuba will continue to seek stronger relations with a wide array of U.S. interests, including businesses, in spite of what it regards as a "hostile" Trump administration and the tightening of American sanctions against the island.

Trump administration officials say they want to damage the Cuban economy in order to dissuade the island's leaders from supporting the governments of Venezuela and Nicaragua, both of which are being confronted by domestic opposition movements.

The Latest: EU, Canada vow to protect their firms in Cuba