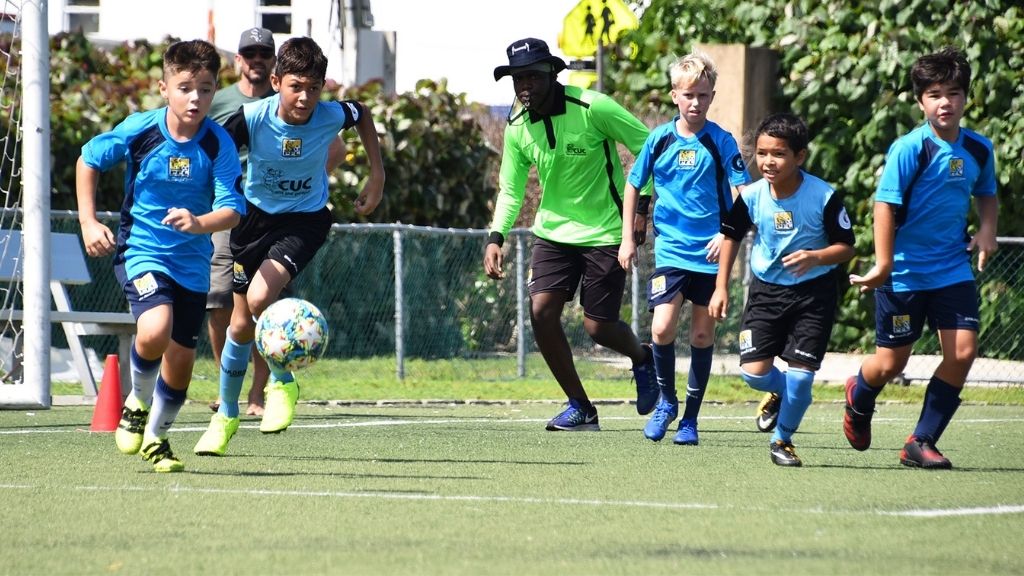 In Group A of the CUC PFL, Truth For Youth were able to stretch their legs for the first time this season as they took on the winless Cayman Prep B boys at the Annex Field. In the early matchup, Truth For Youth’s Under 9 boys were defeated 4-0 (respect rule enforced) but their Under 11 boys were impressive as they battled valiantly against a Cayman Prep B outfit hungry for their first win of the season. The game was an exciting affair as the lead changed hands on a number of occasions before Cayman Prep B finally prevailed 3-2.

In other Group A action, Cayman International School (CIS) defeated Sir John A. Cumber Primary 4-0 (respect rule enforced) with the Lyne brothers Ben and Robbie leading the line for CIS in their Under 9 victory. St. Ignatius Catholic topped Savannah Primary 5-2 in the Under 9 game but lost 0-1 in the Under 11 encounter.

In Group B games, Prospect Primary defeated Theoline L. McCoy Primary 2-0 (Under 9) and 3-2 (Under 11) and Triple C ran out 4-1 winners over South Sound Schools (Under 9) but shared the points in the Under 11 game as neither team could find the back of the net in a 0-0 draw.