A Cultural Supernova: Carifesta XIV hailed as a success 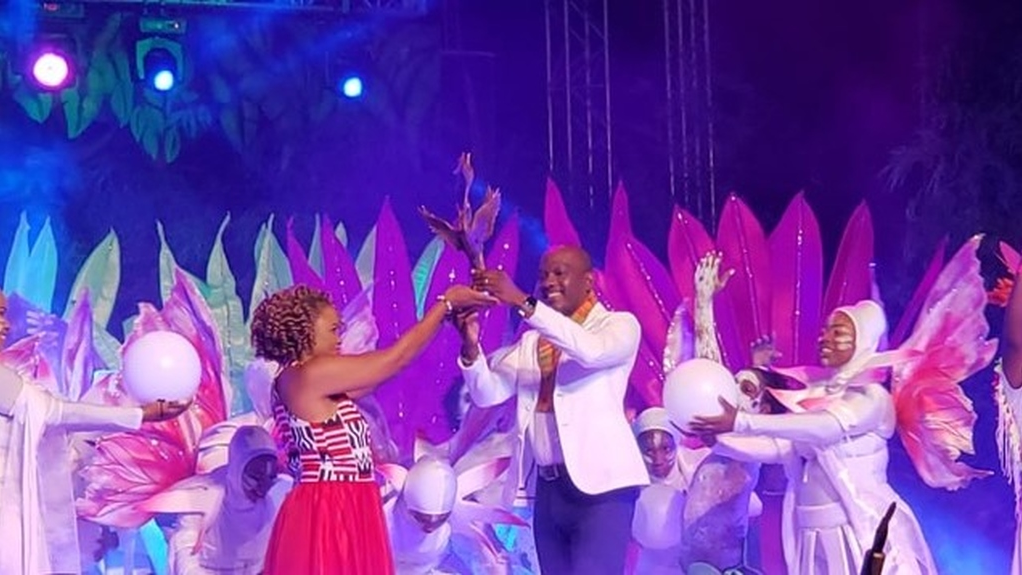 Carifesta XIV has been hailed as a success.

Speaking at the closing ceremony of the festival on Sunday night, Trinidad and Tobago’s Minister of Community Development, Culture and the Arts Dr Nyan Gadsby-Doll, Acting Prime Minister of Trinidad and Tobago Colm Imbert, and Assistant General Secretary of Caricom Douglas Slater lauded the organisers for a successful festival.

In her address, Dr Gadsby-Dolly described the festival as a cultural supernova.

"It is said that one of the most energetic events in the universe is a supernova; a powerful explosion in the cosmos when a star has reached the end of its life. I compare the energy emitted from Carifesta XIV to that of a cultural supernova; exploding in the hearts and minds of Caribbean people," she said.

Dr Gadsby-Dolly said with the festival now over, we must convert the learnings from the hosting of this mega-festival into tangible actions.

"Carifesta is a developmental showcase for the region’s arts, and we can all agree that the potential for monetization of our rich culture and heritage is unparalleled. Culture is, after all, our greatest asset. It is bountiful, transcends divisive barriers of gender, social status, ideology, and race, and will never be depleted. So to the delegates of Carifesta XIV, may our region’s culture continue to increasingly impact our respective GDPs and strengthen those familial bonds we share as a people," she said.

In his address, Imbert said with all the things happening in Trinidad and Tobago, this was a wonderful festival.

“We had record attendance at the Grand Market sometimes in excess of 35,000 persons per day and it was all free. There was consistently high quality in cultural performances throughout. There were over 35 locally produced signal and niche events with 100 percent audience attendance, significant opportunities for local and regional entrepreneurs to expose themselves to new markets, there were over 250 young and not so young volunteers giving national service and most importantly, our local private sector stepped up and their donations to this festival in the form of cash and kind in the sum of five million dollars,” he said, declaring Carifesta XIV a resounding success.

His sentiments were echoed by the Assistant Caricom General Secretary who said this edition of Carifesta raised the bar in terms of technical and marketing standards.

He said the festival attracted 10 culture ministers from Caricom member and Associate member states, a record for any Carifesta.

The closing production entitled Rainforest – Here Begins each Beginning, began with the First Peoples of T&T doing an invocation with a smoke ceremony. There were performances from Destra Garcia, Olatunji Yearwood, Iwer George, Nishard M, Calypso Rose, Alison Hinds and Rikki Jai and a rendition of Carifesta Rising from Mavis John and Nigel Rojas.

Antigua and Barbuda will host the next Carifesta in 2021.

There was a symbolic handing over of the Carifesta reigns to the twin-island between the T&T Culture Minister and Daryll Matthew, Antigua and Barbuda’s Minister of Sports, Culture, National Festivals and the Arts.

In his address, Matthew praised T&T for its staging of the festival.

“I believe I speak for all delegations represented here in saying that CARIFESTA XIV was a true success story. You, Trinidad and Tobago, have raised the bar to what was previously considered unattainable heights for Carifesta. You have set a new standard that has given us yet another reason to be proud to say that we are from the Caribbean,” he said.

Antigua and Barbuda will host the Carifesta in the year that it celebrates its 40th Independence anniversary.

Matthew said that alignment of stars gives them an opportunity to harness the consciousness of their people and the attention of our collective diaspora to commit to playing a greater role in uniting our people and capitalizing on our Caribbean uniqueness in establishing our region as an Economic and Cultural juggernaut.

The closing ceremony also saw the launch of a permanent Carifesta logo designed by Panmedia of Jamaica.

Permanent Carifesta logo to be launched at closing ceremony