Defiant Semenya to IAAF: Catch dopers, 'not us' 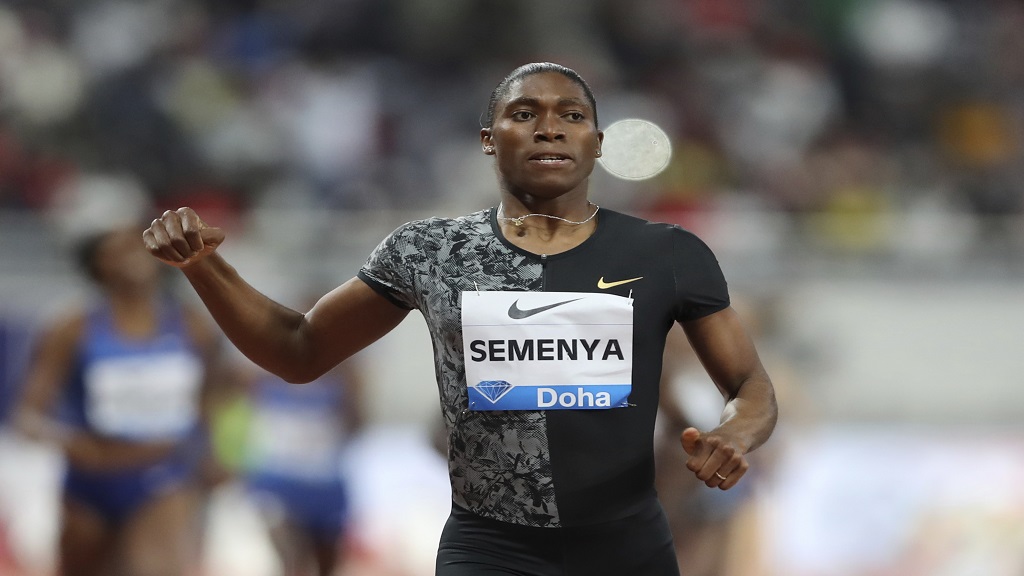 In this May 3, 2019, file photo, South Africa's Caster Semenya crosses the line to win gold in the women's 800m final during the Diamond League in Doha, Qatar.

After another winning run, a defiant Caster Semenya on Tuesday urged track's governing body to drop its pursuit of female runners with high testosterone levels and instead focus on catching dope cheats.

Speaking after winning a 2,000-metre race on the outskirts of Paris, the South African again made clear that she will refuse to medicate to bring down her testosterone levels, to comply with hugely controversial rules pushed by the IAAF.

"I'm not an idiot. Why will I take drugs? I'm a pure athlete. I don't cheat. They should focus on doping, not us. I'm never going to take drugs," the two-time Olympic champion over 800 metres said.

Another athlete affected by the rules, Francine Niyonsaba, also responded with a defiant "No!" when asked after the race if she would medicate.

"I'm sad, because it's a discriminatory rule, you know, a rule that targeted me and other world-class athletes in certain disciplines," said Niyonsaba, who took the silver medal behind Semenya in the 800 at the 2016 Olympics.

Athletes affected by the rules have levels of testosterone in the male range, the IAAF says, and they must reduce them to be allowed to run in women's events. The IAAF argues that testosterone's muscle-building capacity and ability to help athletes carry more oxygen in their blood gives Semenya and others like her an unfair athletic advantage over other women.

The rules, which came into effect May 8, apply to races from 400 metres to one mile. Semenya tried but failed to have the regulations struck down by the Court of Arbitration for Sport. Her legal team subsequently appealed to the Swiss supreme court, which then temporarily lifted the contentious rules in her case.

Semenya wouldn't comment Tuesday on that appeal, saying she's not a lawyer. But she made clear that she intends to be the master of her own fate, saying: "I'm not going to change because of any man."

On a soggy, rain-drenched and chilly evening, Semenya ran a forgettable time of 5 minutes, 38.19 seconds over 2,000 meters, a rarely-run distance that isn't an Olympic medal event.

Ultimately, if her appeal fails and Semenya can no longer compete over 800 meters, her signature event, she suggested that it wouldn't be the end of the world for her. She said she could drop down to sprints or scale up to longer distances if needed.

"I can run any event I want," she said. "I'm a talented athlete. I'm not worried about anything else."

The IAAF rules apply to a specific group of women with medical conditions known as differences of sex development (DSD) and specifically those born with the typical male XY chromosome pattern and testosterone levels higher than the typical female range.

To compete in the Olympics, world championships or other international track and field events, each athlete must reduce her testosterone level and keep it within the acceptable range for six months prior to competing. The IAAF gives three medical options: a daily contraceptive pill, a monthly testosterone-blocking injection or surgery. The treatments could inhibit athletic performance but by how much is uncertain, while also posing risks of other negative side effects.

The treatment has been labelled as unethical by an array of experts, including the World Medical Association, which represents doctors across the world.