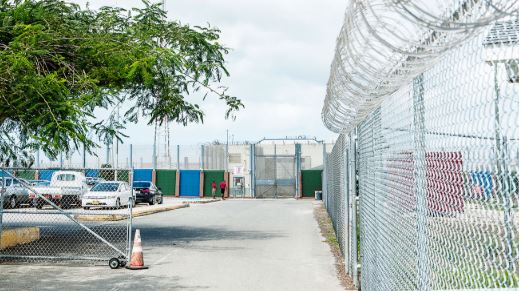 The Department of Environmental Health (DEH) has taken on a third worker to help improve garbage collection, through its ongoing partnership with Her Majesty’s Cayman Islands Prison Service (HMCIPS).

Late last year the two agencies signed a Memorandum of Understanding aimed at improving the critical public service, whilst supporting the rehabilitation of low-risk prisoners.

The initiative involved the deployment of suitably risk-assessed inmates, who were within six months of their release or an appearance before the Conditional Release Board (CRB), to assist DEH with domestic garbage collection.

Matters considered in the risk assessment included the inmate’s response to custody, and their efforts to engage with rehabilitative programmes.

The first stage of this partnership was to pilot the placement of two prisoners with DEH over a five to six-week period beginning in early December.

Following assessment of that initial stage that took place in January the two agencies agreed on a way forward for their partnership. The review considered partner feedback, effort and participation by existing prisoners, as well as their continued engagement with efforts to test them ahead of release or presentation to the conditional release board.

Officials say an ideal outcome for the project is the possibility that prisoners leaving custody, who demonstrate that they have the necessary attitude and work ethic, may receive full-time job offers ahead of their return to the community.

Stressing the importance of the initiative, Director of Prisons Steve Barrett comments: “Finding employment following release from prison has been recognised as a factor in determining whether or not someone is likely to reoffend and/or return to prison. We also know that prisoners who have worked whilst in custody are more likely to be in employment shortly after their release.”

Mr Barrett adds that the current programme has the added benefit of allowing inmates an opportunity to engage with community based employers before their release.

Acting Director of the Department of Environmental Health Richard Simms comments that the two inmates who took part in the pilot programme, have proven to be exceptional workers.

“They assimilated well with the other staff, and their presence lessened the impact when others were on vacation or sick leave. As part of their rehabilitation, and to inspire them going forward, we would like to be able hire them full time. This will depend on whether positions become available and their performance in the recruitment process,” Simms remarked.

Observing that the presence of the two individuals contributed to an uplift in garbage collected over the holiday season, Environment Minister Dwayne Seymour praised the support offered by the Prison Director and his staff.

While from a technical perspective, programme participants are supervised by the DEH, prison officers also make frequent, random visits to observe them at work. Both departments have designated managers overseeing the day to day operation of the programme.

HMCIPS will continue to dialogue with the Department of Environmental Health on any potential for expansion of the programme, its Director says. Mr Barrett is also open to working with other essential public services in need of similar support.

The Prison Service currently has a number of prisoners on Release on Temporary Licence (ROTL) who are involved in community placements with stakeholder agencies. One such key stakeholder is the ‘Fresh Start’ programme which is a flagship partnership with collaborators, The Phoenix Group, Encompass Cayman, and Clan Construction.

Mr Barrett notes that one prisoner currently on placement as a trainee chef at a prestigious Seven Mile Beach hotel, has just been named that organisation’s ‘Employee of the Month.’

HMCIPS also offers direct supervision community placements, to undertake local beautification projects such as road cleaning. A recently completed initiative was the creation of a community park in West Bay.

“The Government is keen to extend the range and diversity of community placement partnerships as we genuinely believe such opportunities contribute to reducing future reoffending. We are particularly supportive of partnerships with organisations like DEH who see the importance of what the Prison Service is trying to achieve, and have been willing to offer their support,” says Home Affairs Minister,Tara Rivers, JP, MLA.