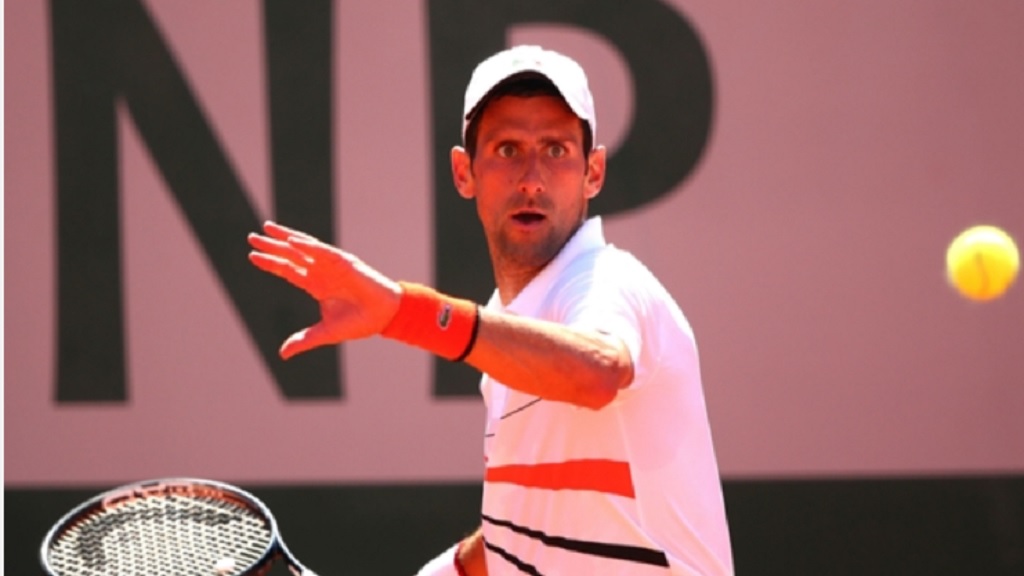 Novak Djokovic moved into the fourth round of the French Open with an unspectacular 6-3 6-3 6-2 triumph against Salvatore Caruso on Saturday.

World number one Djokovic made it three straight-sets victories on the trot at Roland Garros as he pounced on the qualifier's costly errors on Court Philippe-Chatrier.

Caruso, ranked 147th and going up against a top-10 player for the first time in his career, started well but became increasingly frustrated when he let games get away from him.

Despite being pushed at points, Djokovic rarely had to get out of second gear and finished things off with a ruthless backhand.

The top seed moved into a 4-1 lead after Caruso erred first, but Djokovic had to stave off a pair of well-engineered break points to do so.

Caruso still caused his opponent problems and a clean winner gave him another chance to get back on serve, only for Djokovic to keep him at bay and see out the first set in 46 minutes.

The qualifier received a huge cheer after fending off two break points and coming out on top in a 27-shot rally before holding. However, a long forehand preceded the Serbian moving 4-2 ahead in the second.

Caruso grew frustrated and let out a shout when he buried a forehand into the net to gift Djokovic set point and the Serbian took full advantage.

Djokovic went a break up in the third after Caruso failed to get his backhand over and there was no way back for the Italian, whose impressive debut at the French Open was finally curtailed.

Nadal through in four against spirited Goffin