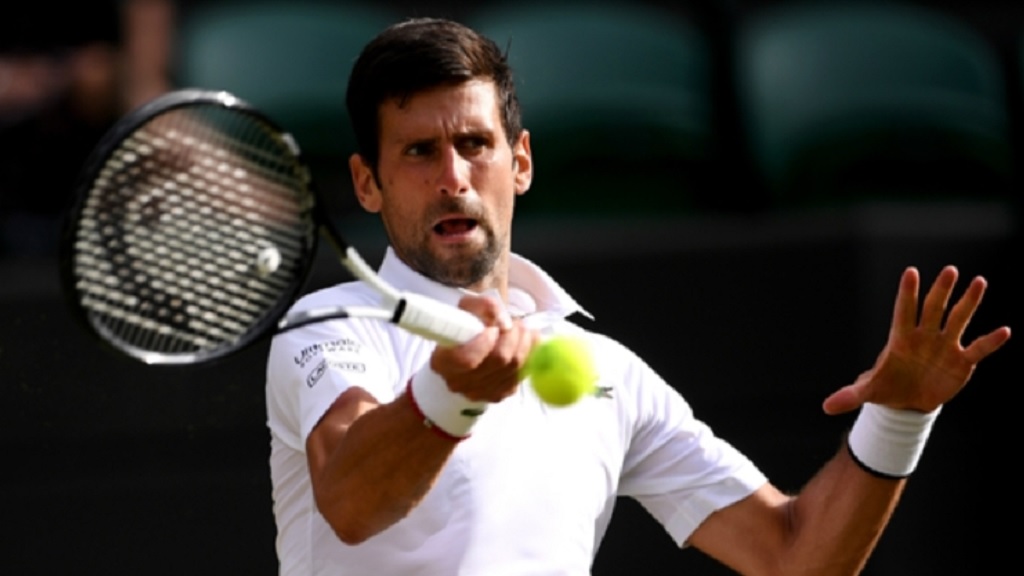 Novak Djokovic booked a place in Wimbledon's fourth round after beating Hubert Hurkacz in four sets.

The defending champion was not at his best for large periods as the 22-year-old pushed him hard on No. 1 Court on Friday.

The number one seed will next face either Canada's rising teenage star Felix Auger-Aliassime or Ugo Humbert of France.

At 5-5 in a tough first set Djokovic scented blood, with Hurkacz slipping to 0-40 before battling back into the game only to send a desperate forehand narrowly long at the end of an extraordinary rally, handing the top seed the advantage.

Djokovic, earlier involved in a minor row with the umpire over the colour of his cap, subsequently closed out the set but was still stuck in second gear during the second, having to save a set point at 6-5 down.

The defending champion won the first point of the breaker against serve, but Hurkacz got back on terms with another stunning point before Djokovic dropped a double-fault to make it 2-1 to the Pole.

Djokovic dug deep but, with the Wimbledon crowd cheering the Pole on, Hurkacz improbably levelled the match at a set apiece by thumping home after sending his opponent wide with an excellent serve.

Hurkacz's level dropped thereafter, however, and Djokovic recovered his composure to find an extra gear and quickly blast his way through two rapid sets to assert his dominance and secure passage.

Djokovic reaches 3rd round at Wimbledon in straight sets