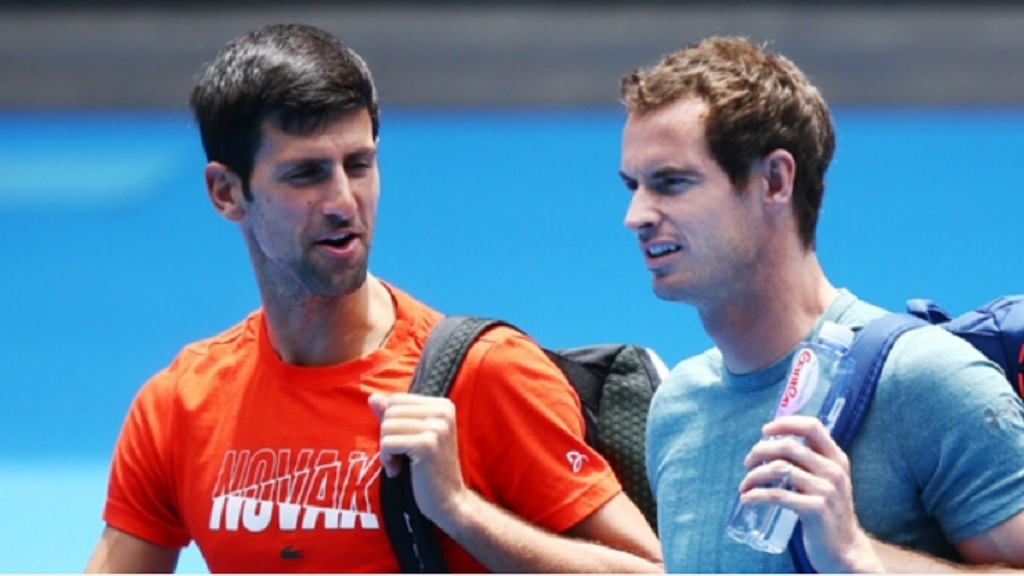 Novak Djokovic has revealed his pain at failing to land an Olympic gold medal to add to his 17 grand slam titles.

The Serbian would have been hoping to take the top step on the podium in Tokyo this year, yet the coronavirus pandemic means the Games have been delayed by 12 months.

Twice he has reached semi-finals at the Olympics, in Beijing in 2008 and at London 2012, but Djokovic lost to the eventual champion both times, Rafael Nadal and Andy Murray ending his hopes.

As top seed at Rio 2016 he was hampered by a minor injury and fell in the first round to Juan Martin del Potro, who reached the final but lost to Murray.

In an Instagram conversation with Murray on Friday, both men considered which match they most regretted losing.

"I think it would be Olympic Games, so maybe the match I played against you in London or maybe Rafa in Beijing in 2008," Djokovic said.

"I would say Olympic Games because for sure I was very fortunate to have the great success in my career and win all four slams and all Masters series.

"I did win bronze in Beijing, but I was really feeling good about myself in '16 in Rio - Del Potro then went on to play with you in the finals."

Looking back on that Del Potro match, Djokovic remembered: "It was a very tough match - two tie-breaks.

"Two days before the match, I was practising and I was feeling great. I lost third round at Wimbledon so I had enough time to get ready.

"I won in Canada and came to Rio full of confidence, I had the best 15 months of my career behind me before Rio."

A minor wrist niggle after practising doubles dealt Djokovic the setback that meant there was a significant factor involved in the Del Potro defeat.

No such injury issues affected the Beijing and London losses, leading Djokovic to tell Murray: "If I had a chance to turn back time and change the outcomes, it would probably be Rio or London with you in '12."

Murray said his own big regret was losing the French Open final to Djokovic in 2016.

As well as beating Djokovic in two slam finals, Murray has lost to his great rival five times in such matches - four times at the Australian Open and once in Paris.

To Djokovic's surprise, it was the French loss that eats away at Murray.

The Scot said: "Just in terms of the way I played on clay, it was the hardest one for me to adapt to, that I think that would have been for me my biggest achievement if I'd managed to win the French.

"Obviously, Australia's been pretty painful thanks to you over the years, but if I could change one I'd take the French Open off you."

Coronavirus: US Open preparing to go ahead as scheduled