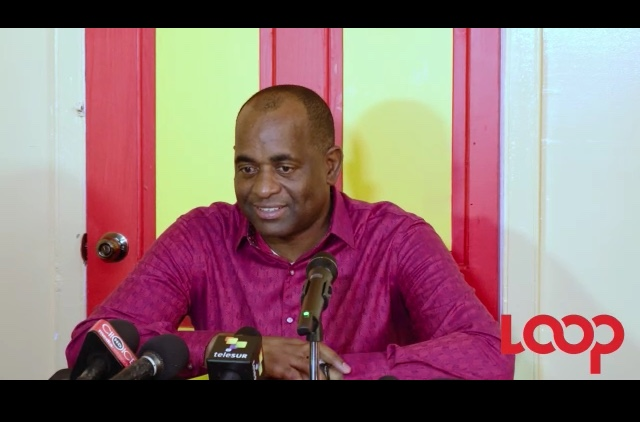 Despite a landslide victory in the recently concluded general election, some Dominicans are unwilling to accept Roosevelt Skerrit as their Prime Minister.

Residents of Marigot, a United Workers Party stronghold, say the people of Dominica will not survive another term under the Skerrit administration.

They say that his legacy of cheating, scheming and neglect will continue for another five years if the election results are made to stand.

Drawing reference to their ignored cries for electoral reform and a hospital which they say was demolished five years ago, the residents say PM Skerrit has proven time and time again, that he can’t be bothered to listen to, far less satisfy their needs.

He said the real issue, stems from one contractor’s sense of entitlement.

“There’s one particular contractor who believes that he should have gotten the contract with no tendering process and not accepting the fact that he does not have the financial capacity to build such a hospital. The hospital went through international tendering standards and there is a bond that you would have to place, a significant sum that he doesn’t have” he said.

The Prime Minister said three firms tendered, but the contract was awarded to a firm out of St Lucia. He said construction will begin later this month.

Speaking at his party’s headquarters on Saturday, PM Skerrit also announced that this is his last term as leader of the Dominica Labour Party.

As a firm believer in the renewal process, he said it’s time to pass the reins to someone within the party, who has proven to be capable of leading and representing the interests of all Dominicans.

He said had it been up to him he wouldn’t have contested this election, but he saw it as his duty to protect his people from the untold horrors of the UWP.

He told reporters “I had to come back because I believe that this opposition is a danger to the country and we need to do everything legal to keep those guys from office. You can’t love country and want to destroy it. You can’t allow politics to descend into a blood sport.”

PM SKERRIT: UWP not fit to serve the people of Dominica